I think I found a 6.66 code. Remember we saw this when Epstein died at 6.66 years of age. So I was thinking about the Georgia Guidestones and the removal of 7 billion people and I've always thought that the only way you can get rid of that many souls is to release a virus. I've found a lot of connections to Trump and the GG but I thought I would check to see what the percent is of the people left alive in their plan. Now you've probably noticed that the MSM was constantly using the number 7.5 billion people on Earth. Anyway I checked and 500 million of 7.5 billion is 6.66 percent.  I know it's 7.8 now but I'm talking about the cabal using that 7.5 number over and over because it was a signal to set off operations worldwide on the Georgia Guidestones project. The human depopulation project. 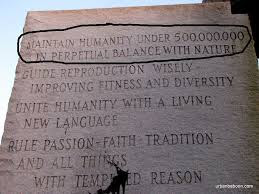 
The media used that 7.5 number trillions of times 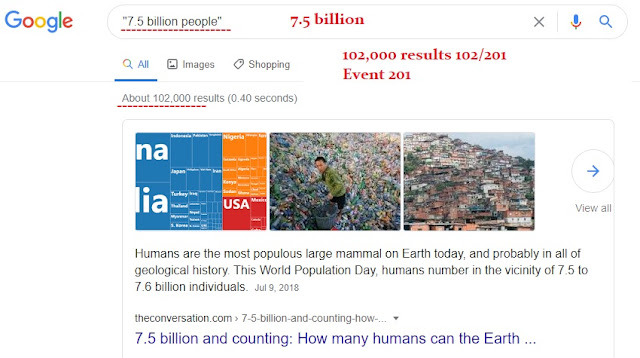 Making sure the zeros are right..... 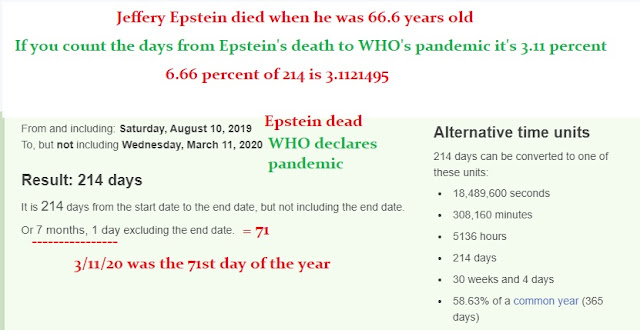 6.66 wrote out produces the date the WHO declared pandemic

It's a big joke with them. Only 6.66 percent are going to be allowed to survive counting from the 7.5 billion number which they used to launch a world wide operation with... So that's makes them the 6.66 club. Get it? This is why they all make that 666 sign with their hands. They're the survivors.... 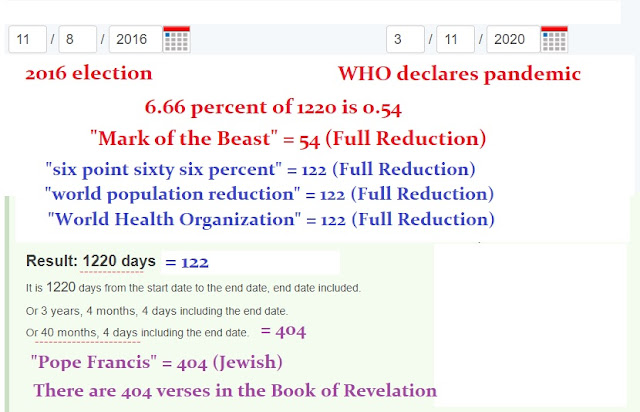 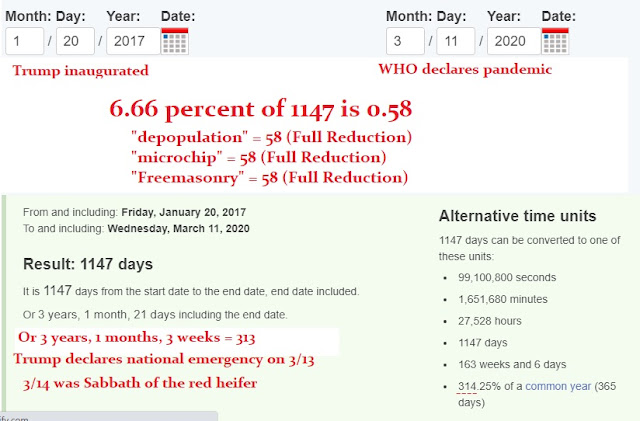 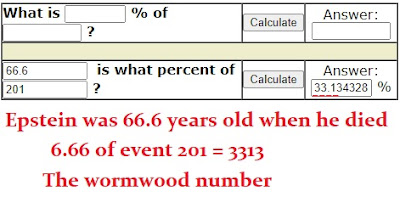 I first noticed this 666 pattern when I was counting the days from the NYSE board creation on the Sabbath of the Red Heifer to 2020 Red Heifer Sabbath....

Sabbath of the Red Heifer starts at sunset on 3/13

Sabbath of the Red Heifer is on 3/14 also 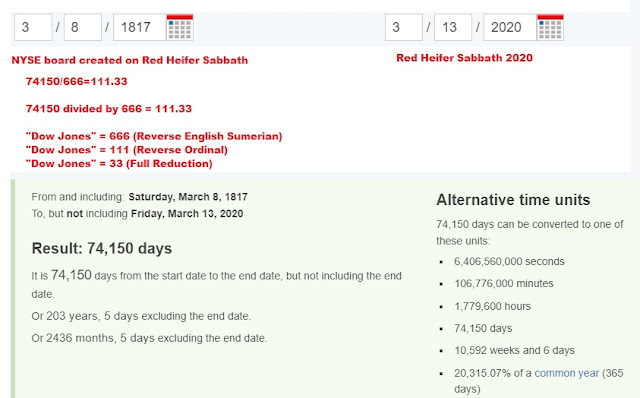 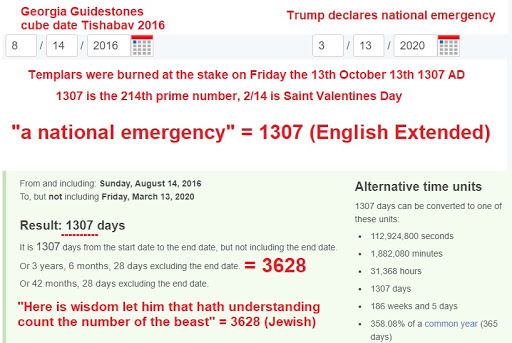 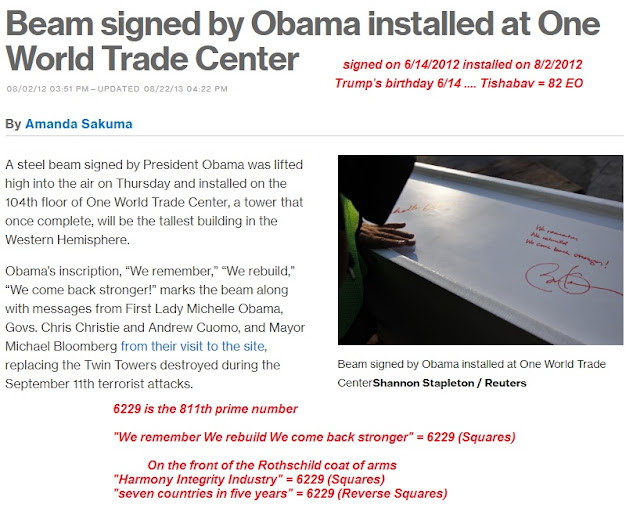 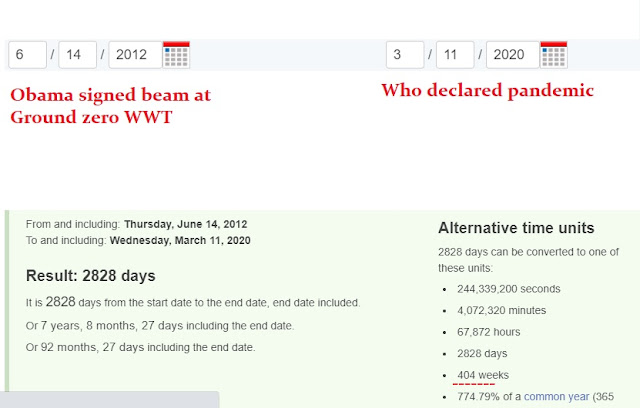 And on and on it goes.... That 122 number is a human sacrifice number. That's why they passed Roe vs Wade on 1/22 and then passed the abortion till birth bill on 1/22 46 years later and 122 weeks after they set up the Arch of Baal in NYC!