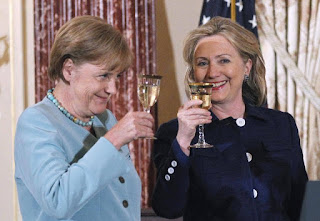 Membership of Mrs Merkel’s conservative CDU party tumbled by 13,000 this year to 434,019 at the end of last month.

It is thought that many of those who tore up their membership cards have switched to the hard-right anti-immigration Alternative for Germany.

The falling numbers have put the CDU in second place behind the centre-left SPD.