PIZZAGATE IN CANADA, PEOPLE GET ARRESTED: 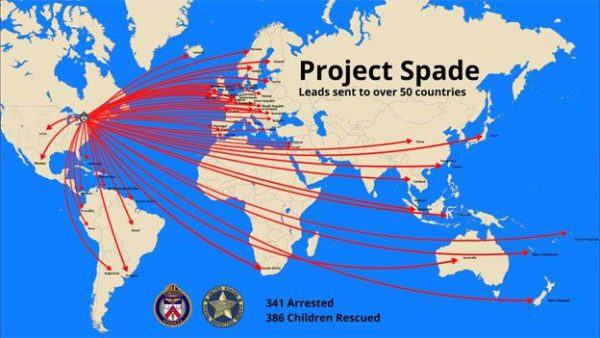 HighImpactFlix just released an excellent and poignant video highlighting a massive pedophile ring that was exposed in Canada. Project Spade uncovered an entire pedophile movie production and distribution company in Toronto operating online, and nearly 400 children have been rescued, and 348 adults have been arrested. Among the hundreds arrested, there were 40 school teachers, 9 doctors and nurses,  9 pastors and priests, 6 law enforcement personnel and 3 foster parents.
Clearly, this is not the phantom “conspiracy theory” that many are attempting to paint it as, but the majority of people know this already. It’s those in positions of power who need to address the very real citizen investigation: #PizzzaGate. The people are simply requesting an appropriate response from public officials and law enforcement, to address the mounting evidence and protect the children of this nation, as was witnessed in this joint operation in Toronto.
Your constituents await your response…