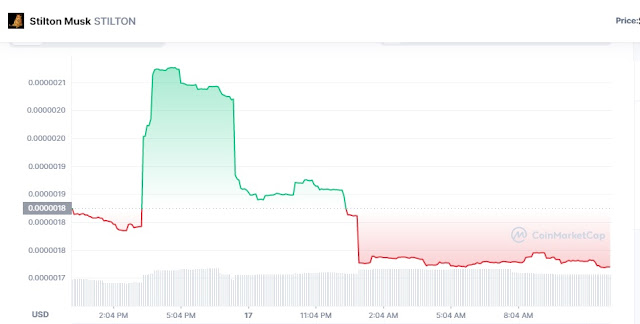 Hi! I watched the video. It's a typical financial video as they all are. He's selling the videos but he did give one example of a coin they bought. It went up alot so I checked it today and it crashed. You have to know when to buy but you also have to know when to sell or you lose your money. That's called being a bagholder. Anyway it would be nice to know it that coin went up because his network sent out a buy signal. The only why to tell if these guys can make people money it to track their buy alerts and see what the coin did after they sent it out. Are they going up because they're causing then to go up buy increasing the volume with their buy alert or not? Also are they sending out sell alerts? He seems to have said no. But if you sell it before everybody else does you still make money. My advice on how to sell the package is to keep a record on what coins they alerted on and what they did afterwards. If what happened with Stitlon happens everytime then it would be worth getting it and long as you could sell before everyone else did and it crashed. That would be the best selling point. I still don't what to buy it. John was giving us spending money but since he got a huge tax bill he quit. I was going to tell you also that you maybe should look into filing bankrupty if your afraid of losing your house. I have a cousin who does that all the time and it works to keep off creditors until you can re-organize. If you want I'll help you look at the coin picks they're making. If their network is driving up the price of these small coins then you yourself could make money on their picks just as long as you sold it before everybody else did. There's something called scalping. Where you only take like 10% on each trade so you never get caught holding the bag. I got to take my dog to the vet. Let me know what happens. Love Joan