House of the Blackheads #Latvia 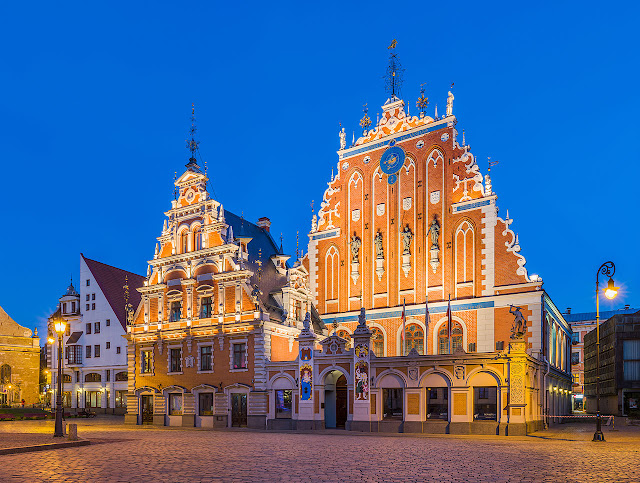 House of the Blackheads (Latvian: Melngalvju nams, German: Schwarzhäupterhaus) is a building situated in the old town of Riga, Latvia. The original building was erected during the first third of the 14th century for the Brotherhood of Blackheads, a guild for unmarried German merchants in Riga. Major works were done in the years 1580 and 1886, adding most of the ornamentations.

The structure was bombed to a ruin by the Germans June 28, 1941 and the remains demolished by the Soviets in 1948. The current reconstruction was erected from 1995 to 1999.

The astronomical clock on the House of Blackheads ( (Latvian: Melngalvju nams) in Riga, #Latvia - building was first erected in 14th century 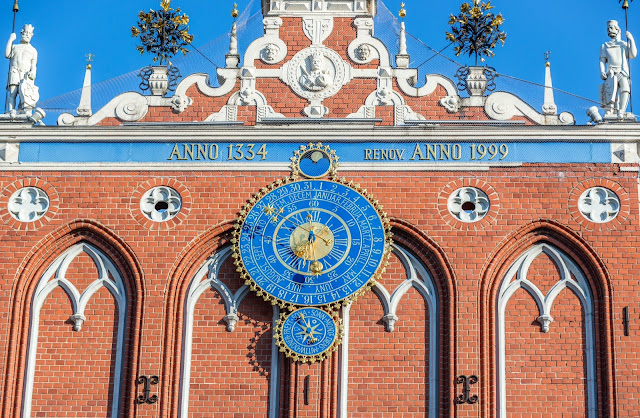