James Gustaf Edward Le Mesurier OBE (25 May 1971 – 11 November 2019) was the British co-founder of the White Helmets, a volunteer civil defence organisation in the Syrian Civil War. He was a British Army officer in the 1990s and also worked with the United Nations peacekeeping force in the former Yugoslavia. He was also the director of the non-profit Mayday Rescue Foundation.

On 11 November 2019, Le Mesurier was found dead in the street at 4:30 in the morning (1:30 GMT) in the Kemankeş Kara Mustafa Paşa neighbourhood of Beyoğlu, Istanbul, as a result of what appears to have been a fall from his balcony. Le Mesurier was found with fractures to his head and legs. Le Mesurier's wife said they had only a short while earlier gone to bed at 4 a.m., taking sleeping tablets. Later The Times reported that the Turkish police were treating the death as suicide, based on information from Le Mesurier's wife and his recent medical history, and that no forensic, autopsy or CCTV evidence indicated otherwise. On 14 November 2019 Le Mesurier's body was repatriated to London, while the Turkish investigation continued.

In 2018, the UK agreed to give asylum to some of the 500 White Helmets members and relatives who had been evacuated to Jordan, following lobbying by Le Mesurier. The UK government justified the decision by noting that "The White Helmets have saved over 115,000 lives during the Syrian conflict".

The Times reported that Le Mesurier was "the subject of an intense black propaganda campaign for years by pro-Assad activists and Russian diplomats". The New York Times reported that the group and Le Mesurier were the target of "unfounded conspiracy theories". It was alleged that Le Mesurier's British Army background meant that he was effectively operating as a British state agent. Janine di Giovanni has written the claim he was a spy lacks any evidence. The accusations, from those who are opposed to any Western involvement in Syria and are backers of the Assad regime, include bloggers connected to the English-language Russian media who claim the White Helmets and Le Mesurier were intending to push for regime change in Syria.

A week before Le Mesurier died, he was accused on Twitter by Russia's Ministry of Foreign Affairs official Maria Zakharova of being a former MI6 agent with "connections to terrorist groups". The UK Permanent Representative to the UN, Karen Pierce, denied the charges, saying that they were "categorically untrue. He was a British soldier." She described Le Mesurier as a "true hero"

In the 2016 Birthday Honours, Le Mesurier was appointed an Officer of the Order of the British Empire (OBE) "for services to Syria Civil Defence and the protection of civilians in Syria"

He died on transit of Mercury... 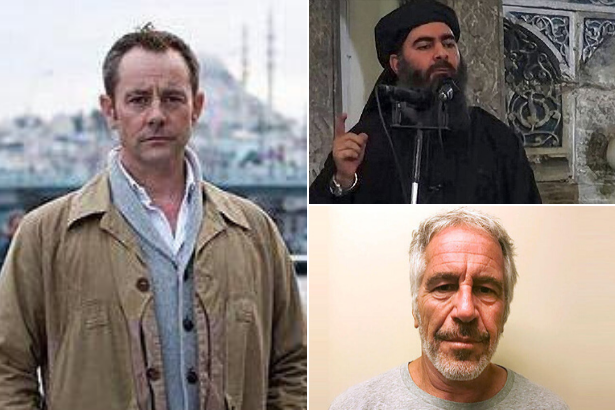 "He was killed because he had many important details and secrets about prominent figures in the American and British regimes, and possibly other countries as well," Assad said in an interview with Sputnik and the Rossiya-24 channel.

Assad also stated that it was very likely that the Turkish intelligence had done this work on the instructions of the foreign intelligence services.

"Were they to remain alive, there may have come a time or circumstance where they would have revealed the truth.

Maybe the founder of the White Helmets was writing his memoir and this is not acceptable. These are all probabilities, but they are very likely probabilities because the alternative is not convincing for me," Assad claimed.