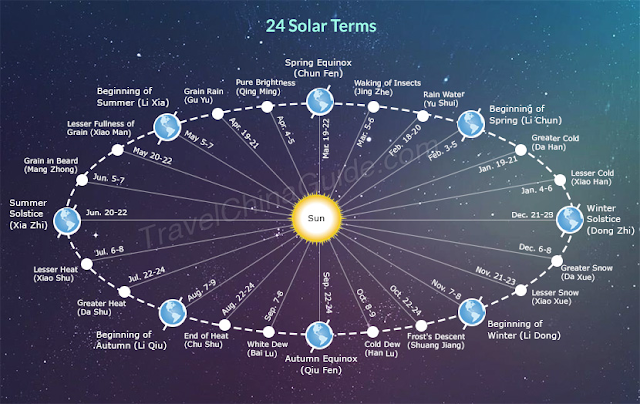 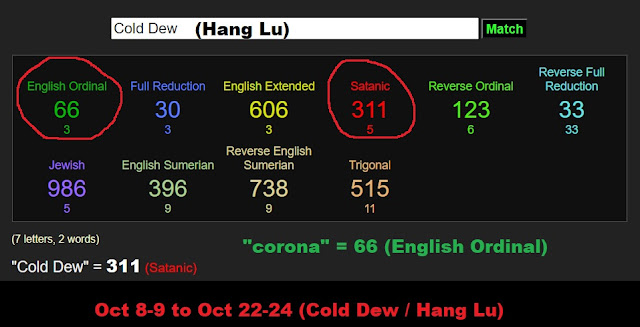 Oct 8-9 to Oct 22-24 (Cold Dew Hang Lu)
Hanlu, literally translated as Cold Dew, is one of the 24 traditional Chinese solar terms. It falls on October 8 or 9, indicating it is getting colder and the dew on the ground is much colder that it is about to freeze into frost. During the Hanlu solar term, autumn falls in the vast areas of Nanling Mountains, while in Northeastern China and Northwestern China, winter is about to come. The capital city, Beijing, in most years, has witnessed the first frost at this time of the year. Except for the Qinghai-Tibetan Plateau which is snowy all year round, the snow begins to fall in Northeastern China and northern areas of Xinjiang.
https://www.chinatravel.com/facts/hanlu.htm
From Cold Dew 2019 to 3/11/20 was 155 days
"coronavirus" = 155 (English Ordinal)
From Cold Dew 10/8 to election 26 days
From Cold Dew to inauguration 104 days
An investigation into SEC filings has revealed that the firm which owns Dominion Voting Systems received $400 million dollars from a Swiss bank with close links to the Chinese government less than a month before the election.
The investigation centers on Staple Street Capital, which acquired Dominion Voting Systems in 2018.
“On Oct 8, 2020, Staple Street Capital filed SEC Form D offerings and sales amount of $400,000,000 with the Sales Compensation Recipient identified as UBS Securities,” states the investigation, which also notes that another payment of $200,000,000 was received in December 2014.“UBS Securities is a swiss investment bank which owns 24.99% of UBS Securities Co LTD, a Chinese Investment Bank. The remaining 75% of UBS Securities CO LTD is owned by the Chinese government,” states the report.
The overall owners of UBS Securities Co LTD are;
– Beijing Guoxiang (33%)
– UBS (24.99%)
– Guangdong Comm. Group [zh] (14.01%)
– China Guodian (14%)
– COFCO Group (14%)
Aside from UBS, the other four owners of UBS Securities are all Communist Chinese front groups.
https://www.thegatewaypundit.com/2020/12/china-connection-parent-company-dominion-voting-systems-received-400-million-ubs-bank-switzerland-75-owned-chinese-government/ 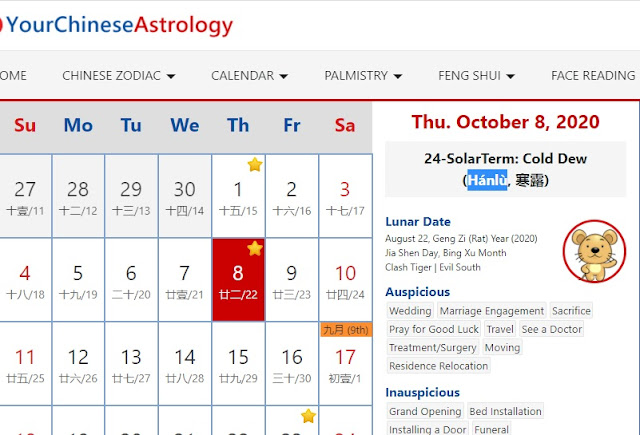