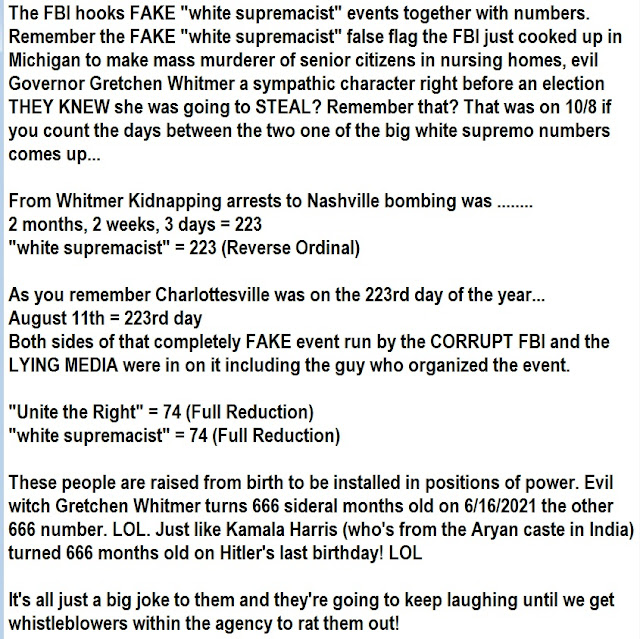 The FBI hooks FAKE "white supremacist" events together with numbers. Remember the FAKE "white supremacist" false flag the FBI just cooked up in Michigan to make mass murderer of senior citizens in nursing homes, evil Governor Gretchen Whitmer a sympathetic character right before an election THEY KNEW she was going to STEAL? Remember that? That was on 10/8 if you count the days between the two one of the big white supremo numbers comes up...
From Whitmer Kidnapping arrests to Nashville bombing was ........
2 months, 2 weeks, 3 days = 223
"white supremacist" = 223 (Reverse Ordinal)
As you remember Charlottesville was on the 223rd day of the year...
August 11th = 223rd day
Both sides of that completely FAKE event run by the CORRUPT FBI and the LYING MEDIA were in on it including the guy who organized the event.
"Unite the Right" = 74 (Full Reduction)
"white supremacist" = 74 (Full Reduction)
These people are raised from birth to be installed in positions of power. Evil witch Gretchen Whitmer turns 666 sidereal months old on 6/16/2021 the other 666 number. LOL. Just like Kamala Harris (who's from the Aryan caste in India) turned 666 months old on Hitler's last birthday! LOL
It's all just a big joke to them and they're going to keep laughing until we get whistleblowers within the agency to rat them out! 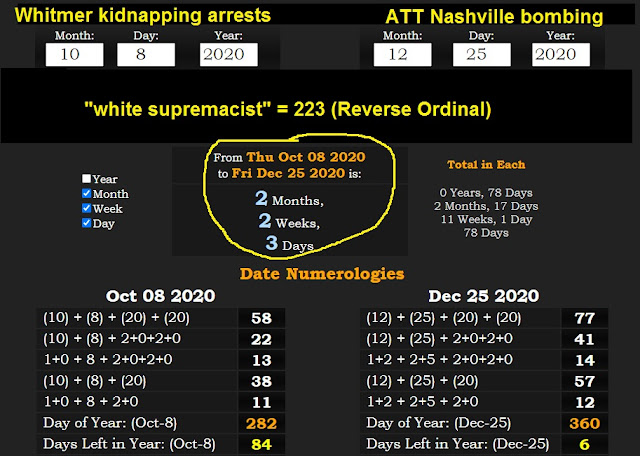 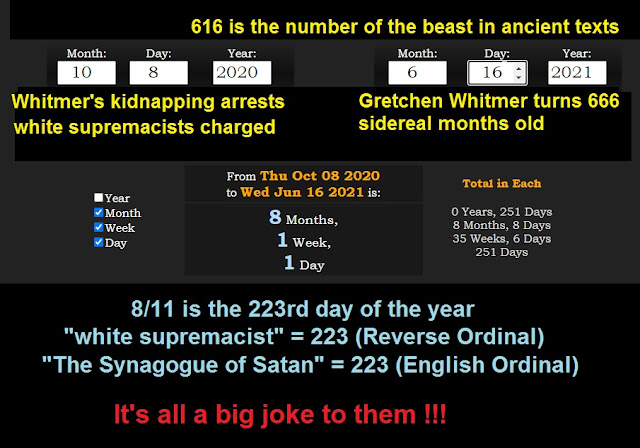