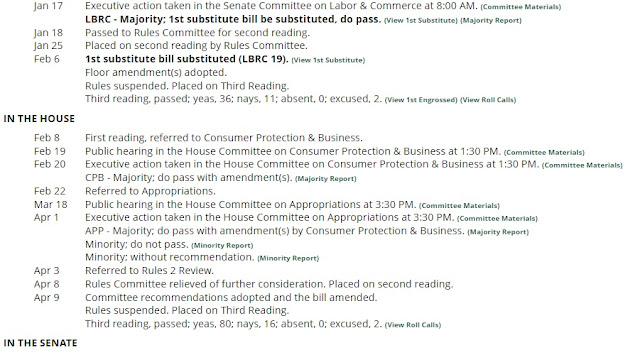 By the year 2022, the cumulative effects of overpopulation, pollution and an apparent climate catastrophe have caused severe worldwide shortages of food, water and housing. There are 40 million people in New York City alone, where only the city's elite can afford spacious apartments, clean water and natural food (at horrendously high prices, with a jar of strawberry jam fetching $150). The homes of the elite are fortressed, with private security, bodyguards for their tenants, and usually include concubines (who are referred to as "furniture" and serve the tenants as slaves).

Within the city live NYPD detective Frank Thorn and his aged friend Sol Roth, a highly intelligent former college professor and police analyst (referred to as a "Book"). Roth remembers the world when it had animals and real food; he has a small library of reference materials to assist Thorn. Thorn is tasked with investigating the murder of the wealthy and influential William R. Simonson, a board member of the Soylent Corporation, which he suspects was an assassination.

The Soylent Corporation produces the communal food supply of half of the world, and distributing the homonymous brand of wafers, including "Soylent Red" and "Soylent Yellow". Their latest product, "Soylent Green", a more nutritious variant, is advertised as being made from ocean plankton, but is in short supply. As a result of the weekly supply chain and distribution bottlenecks, the hungry masses regularly riot when supply runs out, and are brutally removed from the streets by means of "Scoops" – police crowd control vehicles that literally "scoop" the rioters from the street with large hydraulic shovels.

With the help of Simonson's concubine Shirl (with whom Thorn begins a sexual relationship), his investigation leads to a priest that Simonson had visited shortly before his death. Because of the sanctity of the confessional, the nearly overcome priest is only able to hint at the contents of the confession (before he himself is murdered). By order of the governor, Thorn is instructed to end the investigation by his immediate superiors, but because of his concern for losing his job to higher superiors if he quits the case, and the fact that he is being followed by an unknown stalker, he continues forward. He is soon attacked while working during a riot, by the same assassin who killed Simonson, but the killer is crushed by the hydraulic shovel of a police crowd control vehicle.

In researching the case for Thorn, Roth brings two volumes of "Soylent Corporation Oceanographic Reports," taken by Thorn from Simonson's apartment, to the team of other Books at the Supreme Exchange. After analysis, the Books confirm that the oceanographic report reveals that the oceans are dying, and can no longer produce the plankton from which "Soylent Green" is made. The reports also reveal that "Soylent Green" is being produced from the remains of the dead and the imprisoned, obtained from heavily guarded waste disposal plants outside the city. The Books further reveal that Simonson's murder was ordered by his fellow Soylent Corporation board members, knowing he was increasingly troubled by the truth, and the fear that he might talk.

On hearing the truth, Roth is so shaken he decides to "return to the Home of God" and seeks assisted suicide at a government clinic. Returning to the apartment, Thorn finds a message left by Roth, and rushes to stop him but arrives too late to save Roth's life. Thorn is mesmerized by the euthanasia process's visual and musical montage—long-gone forests, wild animals, rivers and ocean life, having never before seen these sights. Before dying, Roth whispers what he has learned to Thorn, and in his last living act, begs him to find proof, bring it to the Supreme Exchange, so they can take the information to the Council of Nations to take action.

Thorn boards a truck transporting Roth's body and the bodies from the euthanasia center to a waste disposal plant, where he witnesses human corpses being converted into Soylent Green. Horrified, Thorn is spotted and escapes. As he is making his way back to the Supreme Exchange, he is ambushed. Finding refuge in a church, he kills his attackers, but is seriously wounded in the gun battle. As Thorn is tended to by paramedics, he urges his police chief to spread the truth he has discovered, and initiate proceedings against the company. While being taken away, Thorn shouts out to the surrounding crowd, "Soylent Green is people!" 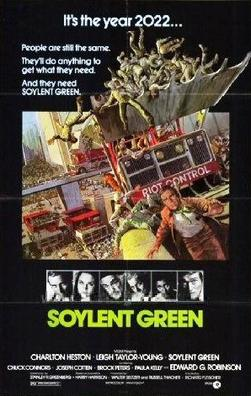