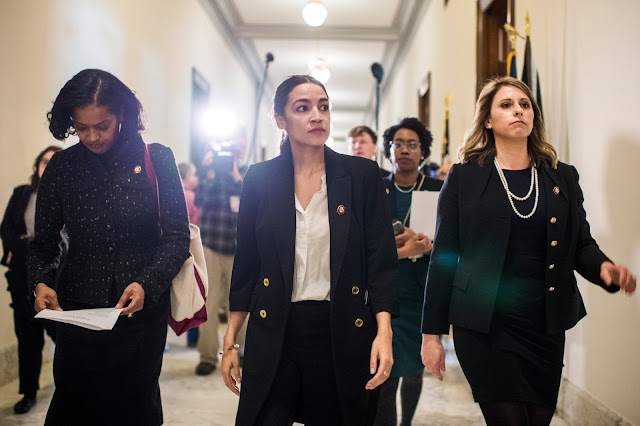 AOC has the kind of numbers only people raised from birth to be GIVEN positions of power have!

The secret is that bloodline family members have illegitimate children and then set them up to be (fill in the blank) so they can control things without being seen! A Saturday Night Live guy even wrote a cartoon about it called "The Illegitimates" and you'll see references to it in Harry Potter's "half blood" plots.

Sometimes these inter-generational cults have control of whole towns. They're called "intention communities" We got a glimpse into that with Newtown and Sandy Hook.

Anyway I did Alexandria Ocasio-Cortez's numbers months ago right after the fake news story about OH she's such a surprise.. Nobody saw it coming... blah blah blah.... So I assumed she was going to win since it was rigged for her and forgot about it. But the last week has been interesting so I'm doing an update on little Miss Faker....

If you watch the Jewish channel on Direct TV you'll find out pretty quickly that Jews HATE the BDS movement. They talk about it all the time and they're getting legislation passed making boycotting Israel a crime! Fuck free speech I guess! So their biggest problem with this is the college campuses. The cool kids are siding with the Palestinians and Jews are getting called oppressors! They need to do something about this fast or else they'll lose their top victim status.. Hitler Hitler Hitler... isn't working anymore. So here comes Ocasio-Cortez to be a leader of the left. First she forgets to tell the voters she's Jewish before she runs and now she's replacing the leaders in the women's movement who were supporting the Palestinians and BDS. Jews organized and split the movement in half and guess who shows up at the NEW women's march to speak this weekend? Yes she was there. This is what you call classic controlled opposition. Just capture the enemies organizations and replace him with your people. Now she's not going to admit she's controlled op but look at what else she's doing. She's basically become a handler for the new Muslim female Congress persons.
She is leading them around by the nose speaking for them.. The gematria numbers says she a cabal member, which is all I need but her actions are confirming it. She helped Zionists to first take over the woman's march and then she becomes a handler for the two new Muslim Congress members who just happen to be BDS supporters. Pretty slick. She's seems pretty highly trained by who I wonder Mossad? She's so phony even dummies should be able to see though her. The gig is up but that doesn't stop them from pulling this crap anyway. I wonder if her Muslims friends will figure her out?

Other interesting things about AOC.. Her father was an architect. But he was poor. That's weird I thought architects made good money. Maybe they mean "speculative architect" lol

She was born on Friday the thirteenth ....
October thirteenth nineteen eighty nine

She was born on Friday the thirteenth ....

SHE WAS BORN ON FRIDAY THE THIRTEENTH!