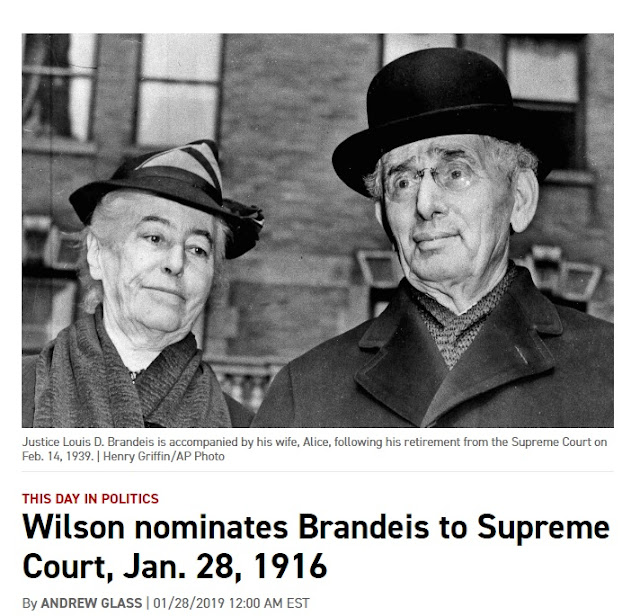 On this day in 1916, President Woodrow Wilson nominated Louis Brandeis, a pioneering legal reformer, to the U.S. Supreme Court. After a contested confirmation process, Brandeis became the first Jewish justice to serve on the high tribunal.

In 1932, Brandeis was joined by a second Jewish justice, Benjamin Cardozo. Negative reaction to the appointment of the early Jewish justices was not confined to outsiders: Justice James Clark McReynolds, another Wilson nominee and his onetime attorney general, refused to speak to Brandeis for three years after Brandeis’ confirmation.

In all, eight Jewish justices have served on the high tribunal, including the three who currently serve: Ruth Bader Ginsburg, Stephen Breyer and Elena Kagan.

Died on a Jewish holiday....

Sukkot / סוכות
Sukkot (Hebrew: סוכות or סֻכּוֹת, sukkōt, or sukkos, Feast of Booths, Feast of Tabernacles) is a Biblical holiday celebrated on the 15th day of the month of Tishrei (late September to late October). It is one of the three biblically mandated festivals Shalosh regalim on which Jews were commanded to make a pilgrimage to the Temple in Jerusalem.