The Golden Gate, as it is called in Christian literature, is the only eastern gate of the Temple Mount and one of only two that used to offer access into the city from that side. It has been walled up since medieval times. The date of its construction is disputed and no archaeological work is allowed at the gatehouse, but opinions are shared between a late Byzantine and an early Umayyad date.


The Hebrew name of the Golden Gate is Sha'ar HaRachamim (שער הרחמים), Gate of Mercy. In Jewish sources the eastern gate of the Temple compound is called the Shushan Gate. If the Golden Gate does preserve the location of the Shushan Gate, which is only a presumption with no archaeological proof, this would make it the oldest of the current gates in Jerusalem's Old City Walls. According to Jewish tradition, the Shekhinah (שכינה) (Divine Presence) used to appear through the eastern Gate, and will appear again when the Anointed One (Messiah) comes (Ezekiel 44:1–3) and a new gate replaces the present one; that might be why Jews used to pray in medieval times for mercy at the former gate at this location, another possible reason being that in the Crusader period, when this habit was first documented, they were not allowed into the city where the Western Wall is located. Hence the name "Gate of Mercy". 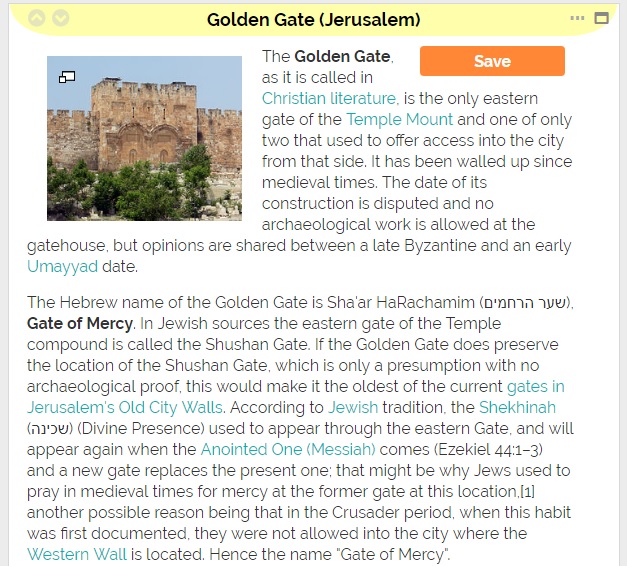