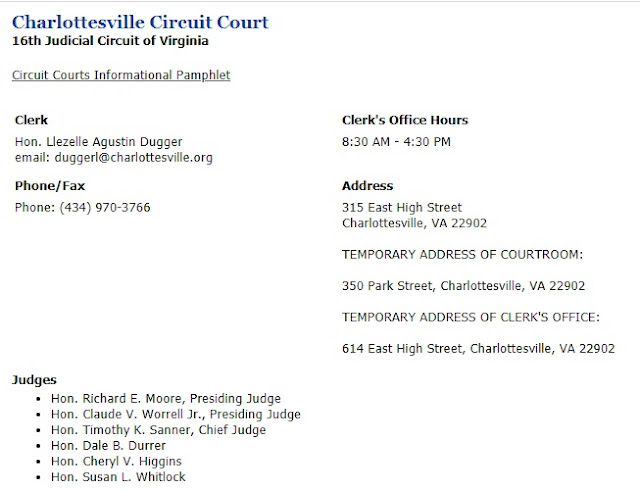 Concerning the court case of James A Fields

In December 2018 Fields would get sentenced to life in prison plus 419 years.

August 11th was the first day of the unite the right rally and it's the 223rd day of the year...
"white supremacist" = 223 (Reverse Ordinal)

The courthouse address is 315 the Ides of March.

It told you who and where

The unite the right rally was to support the Robert E Lee statue that communists wanted to take down.
It was listed on the National Register of Historic Places on May 16th 1997.
From and including: Friday, May 16, 1997
To, but not including Friday, August 11, 2017
1056 weeks
"Donald J Trump" = 1056 (Reverse English Sumerian)

The chorus to Trump's song he always plays at rallys.