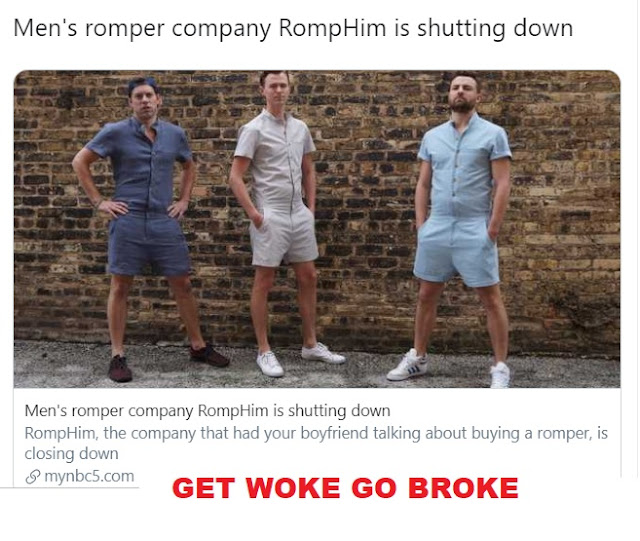 The company first announced its Kickstarter in 2017, enjoying a viral reaction online. That popularity faded quickly after.

RompHim grabbed headlines for their unique take on men's fashion: namely, marketing rompers, typically seen as clothing items for women and very young children, to grown men. While reactions were divided, this catapulted discussion of the concept into mainstream fashion spaces like GQ, Vogue and Esquire.

With advertising highlighting a cheeky, "I'm here to have fun, not fit in" attitude, men's rompers became a short-lived, off-kilter token of late-2010s men's summer fashion. The actual number of men wearing them, however, was relatively low, and they were mostly popular in the LGBTQ community.