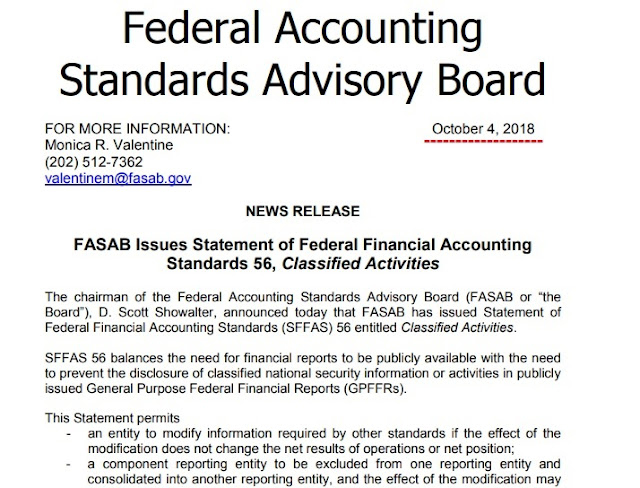 October 4th, 2018, was a busy news day. The fight over Brett Kavanuagh’s Supreme Court nomination dominated the cycle. The Trump White House received a supplemental FBI report it said cleared its would-be nominee of wrongdoing. Retired Justice John Paul Stevens meanwhile said Kavanaugh was compromised enough that he was “unable to sit as a judge.”

The only thing that did not make the news was an announcement by a little-known government body called the Federal Accounting Standards Advisory Board — FASAB — that essentially legalized secret national security spending. The new guidance, “SFFAS 56 – CLASSIFIED ACTIVITIES” permits government agencies to “modify” public financial statements and move expenditures from one line item to another. It also expressly allows federal agencies to refrain from telling taxpayers if and when public financial statements have been altered.

To Michigan State professor Mark Skidmore, who’s been studying discrepancies in defense expenditures for years, the new ruling ­— and the lack of public response to it — was a shock.

“From this point forward,” he says, “the federal government will keep two sets of books, one modified book for the public and one true book that is hidden.”

Steven Aftergood of the Federation of American Scientists’ Project on Government Secrecy was one of the few people across the country to pay attention to the FASAB news release. He was alarmed.

“It diminishes the credibility of all public budget documents,” he says.

I spent weeks trying to find a more harmless explanation for SFFAS 56, or at least one that did not amount to a rule that allows federal officials to fake public financial reports.

I couldn’t find one. This new accounting guideline really does mean what it appears to mean, and the details are more bizarre than the broad strokes. 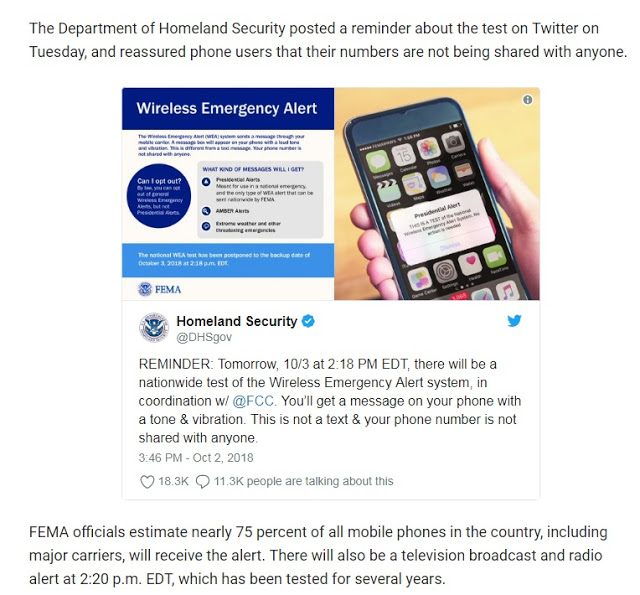 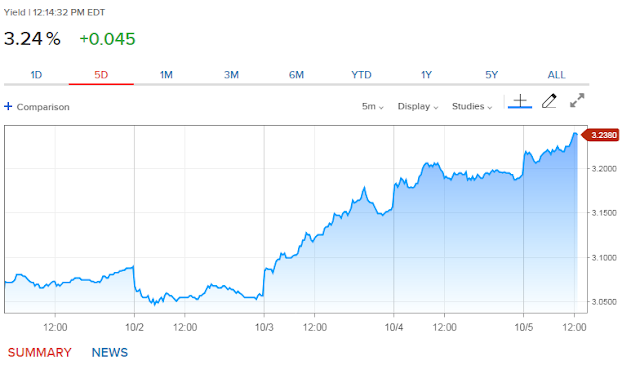 The duration is 14 hours, 48 minutes and 0 seconds