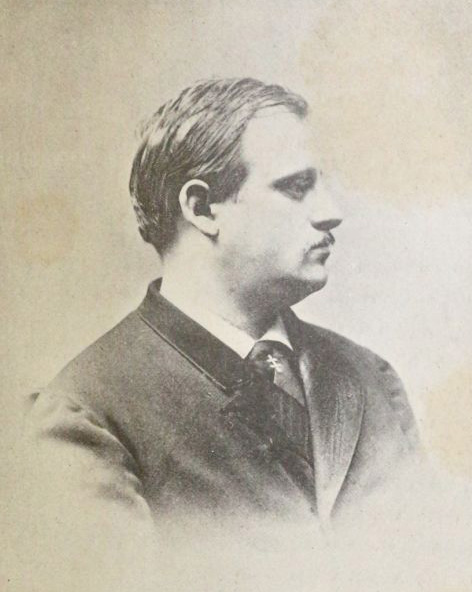 Stanislas De Guaita (6 April 1861, Tarquimpol, Moselle – 19 December 1897, Tarquimpol) was a French poet based in Paris, an expert on esotericism and European mysticism, and an active member of the Rosicrucian Order. He was very celebrated and successful in his time. He had many disputes with other people who were involved with occultism and magic. Occultism and magic were part of his novels.

De Guaita came from a noble Italian family who had relocated to France, and as such his title was 'Marquis', or Marquess. He was born in the castle of Alteville in the commune of Tarquimpol, Moselle, and went to school at the lyceum in Nancy, where he studied chemistry, metaphysics and Cabala. As a young man, he moved to Paris, and his luxurious apartment became a meeting place for poets, artists, and writers who were interested in esotericism and mysticism. In the 1880s, Guaita published two collections of poetry The Dark Muse (1883) and The Mystic Rose (1885), which became popular.