#BREXIT TSUNAMI TO CAUSE 34 REFERENDUMS ACROSS THE EU 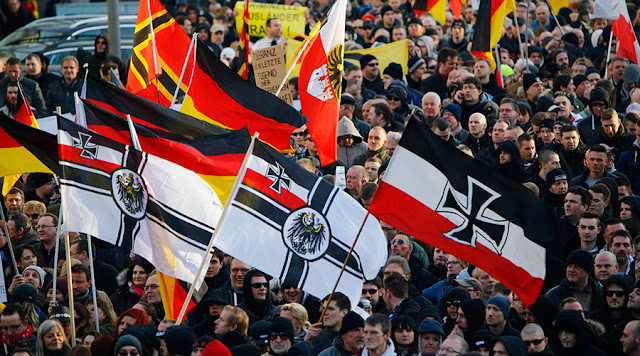 Joey Millar for Express UK reports The European Union (EU) is about to be rocked by a “political tsunami” with right-wing parties across the continent calling for dozens of in-out referendums. A study by the European Council on Foreign Relations (ECFR) revealed so-called extreme “insurgent parties” are calling for a total of 34 public votes - with matters ranging from their countries’ membership of the EU to refugee policy.

The Next News Network Video Report

The ECFR report blamed Europe’s fear of Turkey joining the EU and the German Chancellor Angela Merkel’s “refugees welcome” policy as major reasons behind a rapid rise in support for both right-wing and far-left, anti-EU parties and their attempts to take back control of their countries.

Mark Leonard of ECFR said: “Many of these insurgent parties have views on foreign policy that are closer to President Putin than President Obama.

"They are overturning an elite foreign policy consensus based on Atlanticism and liberal democracy that has dominated for the last fifty years.”

The report predicted political turmoil and calls for in-out EU votes in a number of countries, in what it said would be a “political earthquake”.

March of the Templars