The guy who writes this blog is a genius! Biblical Germatria... 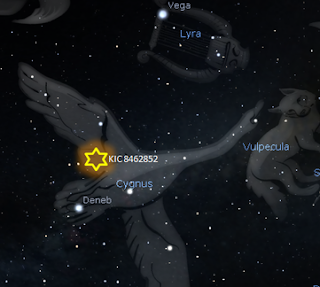 There is a mystery in the universe, for which no satisfactory explanation has yet been found. The first exoplanet (planet orbiting a star outside our solar system) was only confirmed in 1992. It was orbiting a pulsar, the rapidly spinning core of a dead star. The first exoplanet orbiting a Sun-like star was confirmed three years later, in 1995. Since then, over 3,200 have been found (as at July 2016). Exoplanets can be found either using direct imaging, timing variations, or radial velocity﻿﻿. But most are found using transit photometry.

Between 2009 and 2013, the Kepler telescope monitored 150,000 stars. Measurements taken every thirty minutes allowed for the detection of any slight reduction of light from any of those stars. When a planet passes in front of its host star, it blocks a small amount of that star's light, even if only slightly.

Our biggest planet is Jupiter. Huge, about 2.5 times the size (by mass) of all the other planets combined. 1,321 Earths would fit inside the volume of Jupiter. For comparison, a transit of Jupiter would dim the light of the sun by about a full one percent. Imagine the surprise when a transit was recently observed that blocked twenty percent of a star 1.5 time the size of the sun! Initially ignored by computer analysis (we weren't looking for that!), a vast team of citizen scientists subsequently made the discovery after reviewing the Kepler dats in October, 2015. Yale astronomer Tabetha Boyajian details the discovery in this video. For languages other than English or an interactive transcript, click here (14 subtitles available).:

Wow! If that doesn't grab your attention you're way too parochial. The mystery star  is located in the Cygnus constellation (Northern Cross).

A MYSTERY IN THE UNIVERSE

It's a long decode with very interesting methods. He uses the PI calculator to find strings of numbers. I tried to use it but it doesn't work on my shitty computer. I wanted to see if the lottery numbers connected somehow that way. Here's the site if anybody wants to test this system...