VATICAN CITY (Reuters) - U.S. Vice President Mike Pence, a former Catholic, held an unusually long meeting with Pope Francis on Friday and quipped that he emerged from the encounter feeling like “a hero”.

Pence’s talks with Francis in the papal library lasted about an hour, twice as long as the meeting between the pope and U.S. President Donald Trump in the same frescoed room in May 2017.

During their private talks, Pence and the pope discussed, among other topics, Friday’s “March for Life” anti-abortion demonstration in Washington, the vice-president’s office said. Trump will become the first U.S. president to attend the annual rally. 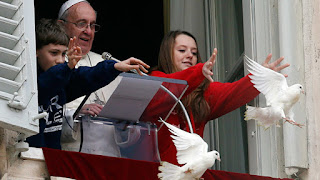 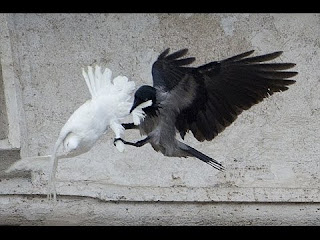 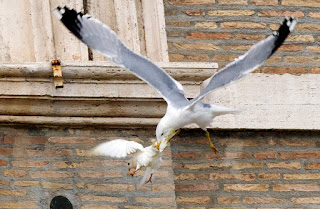 U.S. Vice President Mike Pence met Pope Francis in the Vatican at noon on Jan. 24, and the two spoke together in private for an hour, a surprisingly long time for an audience with someone who is not a head of state. It was their first meeting.

Pope Francis welcomed the vice president, who was raised Catholic, and then led him into the private library where he receives heads of state and distinguished guests and where he received President Trump on May 24, 2017.

Mr. Pence gave the pope a wooden cross carved from a tree on the grounds of the vice president’s residence. Francis gave him a medallion depicting “the angel of peace,” a copy of his message for the World Day of Peace 2020, as well as copies of some of his writings, including “The Joy of the Gospel” and “Laudato Si’.”

As he bade farewell, Mr. Pence told Francis “you made me a hero” back home by granting him the private audience. Some understood this remark as a reference to his mother, a devout Catholic, would have been overjoyed that he met Francis. It would seem to suggest that the vice president had mentioned her during their private conversation.

"He that hath an ear, let him hear what the Spirit saith unto the churches" = 3310 (Jewish)