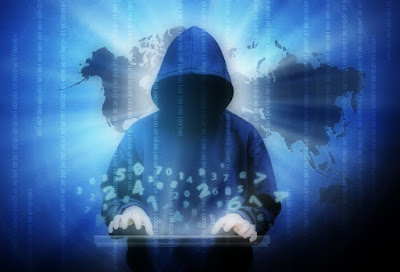 The Shadow Brokers are back and since their initial hack it is assumed that this could be the work of a disgruntled ‘in house’ employee. Furthermore they’re not happy at all with President Donald J. Trump for numerous reasons, including his recent decision to launch 59 Tomahawk missiles into Syria.

The article begins with the group explaining why it is displeased with Trump.

DON’T FORGET YOUR BASE

The peoples whose voted for you, voted against the Republican Party, the party that tried to destroying your character in the primaries. The peoples who voted for you, voted against the Democrat Party, the party that hates, mocks, and laughs at you. Without the support of the peoples who voted for you, what do you think will be happening to your Presidency? Without the support of the people who voted for you, do you think you’ll be still making America great again? Do you be remembering when you were sitting there at the Obama Press Party and they were all laughing at you? Do you be remembering when you touring the country and all those peoples believed in you and supported you? You were those peoples hope. How do you be thinking it will be feeling when those people turn on you? Will they be laughing at you, hating you, and mocking you too?

If you made deal(s) be telling the peoples about them, peoples is appreciating transparency. But what kind of deal can be resulting in chemical weapons used in Syria, Mr. Bannon’s removal from the NSC, US military strike on Syria, and successful vote for SCOTUS without change rules? Mr. Trump whose war are you fighting? Israeli Nationalists’ (Zionist) and Goldman Sachs’ war? Chinese Globalists’ and Goldman Sachs war? Is not looking like you fighting the domestic wars, the movement elected you to be fighting. You not being in office three months and already you looking like the MIIC’s bitch with John McCain and Chuck Schumer double dutch ruddering each other in the corner over dead corpses.

The post continues by exposing what the Shadow Brokers believe is the general mindset of Trump’s support base;

Your Supporters:
– Don’t care what is written in the NYT, Washington Post, or any newspaper, so just ignore it.
– Don’t care if you swapped wives with Mr Putin, double down on it, “Putin is not just my firend he is my BFF”.
– Don’t care if the election was hacked or rigged, celebrate it “so what if I did, what are you going to do about it”.
– Don’t care if your popular or nice, get er done, Obama’s fail, thinking he could create compromise. No compromise.
– Don’t want foreign wars, Do want domestic wars, “drain the swamp”, “destroy the nanny state”
– Don’t care about your faith, you sound like a smuck when you try to say god things

– DO support the ideologies and policies of Steve Bannon, Anti-Globalism, Anti-Socialism, Nationalism, Isolationism
In the article, the Shadow Brokers also touch upon what until recently was the primary topic of the daily news cycle, namely the whether Russia is behind this (and any other black hat intel hacking operation):

For peoples still being confused about The Shadow Brokers and Russia. If the shadow brokers being Russian don’t you think we’d be in all those U.S. government reports on Russian hacking? The Shadow Brokers isn’t not fans of Russia or Putin but “The enemy of my enemy is my friend.” We recognize Americans’ having more in common with Russians than Chinese or Globalist or Socialist. Russia and Putin are nationalist and enemies of the Globalist, examples: NATO encroachment and Ukraine conflict. Therefore Russia and Putin are being best allies until the common enemies are defeated and America is great again.

The report than goes on to suggest that the hacking group is in fact comprised mostly of former US spies: “President Trump, the shadow brokers is offering our services to you and your administration. Did you know most of the shadow brokers’ members have taken the oath “…to protect and defend the constitution of the United States against all enemies foreign and domestic…”. Yes sir! Most of us used to be The Deep State everyone is talking about…“