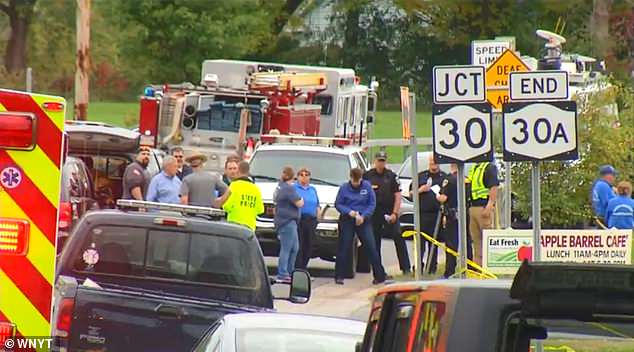 BREAKING: 20 people killed in New York limo crash 'on the way to a wedding reception'

Two vehicles were involved in the crash, which occurred just before 2pm at the intersection of State Route 30 and State Route 30A.

Local officials said the limo was speeding down a hill and crashed into bystanders in front of the popular Apple Barrel County Store in Schoharie.

The SUV-style stretch limousine was reportedly carrying a party on the way to a wedding reception when it collided with the other vehicle.

The National Transportation Safety Board is sending a 'go-team' to the crash site from Washington DC, which are used to investigate major accidents.

The crash occurred during the city's 'Old Stone Fort' weekend, which residents said is the biggest tourism day of the year for the small town.