Bonds are causing the sell off.....

Bill Gross the bond king says...
Critical information for the U.S. trading day...
"Investors are still grappling with some whiplash caused by a bond sell off Wednesday, which saw the biggest one-day climb in two years for the 30-year U.S. Treasury yield"
" blame absent foreign buyers for driving yields higher"
"“Euroland, Japanese previous buyers of 10yr Treasurys have been priced out of market due to changes in hedge costs,”
"Some may be wondering if soaring bond yields will derail the bullish run for stocks, which are jittery this morning."
"a gradual rise in yields, corresponding with strong U.S. data, is viewed as positive"
"“However, the last couple of days the rise in yields has been fast and a bit unexpected."
"if rates keep rising like this I expect volatility in equity markets, but as long as they don’t ramp up to let’s say 4%"
So we're watching the 10 year treasury....
"The yield on 10-year Treasury notes TMUBMUSD10Y, -0.02%  is up 6 basis points 3.216%, hovering at 2011 highs"

Bill Gross said 4% is the tipping point so watch the 10 year bond price!

They could just put us through a series of sellouts in the next 21 days. The election is 33 days from today. A correction is 10% and a bear market is 20%. If the bond yield hits 4% then it's on.

Keep an eye on the VIX too. (volatility index)

The song he's been playing at the beginning of every rally he's had for 3 years is "You can't always get what you want" by the Rolling Stones.

Put the chorus of that song in the calculator exactly as google has it....

October 4th is the 277th day of the year with 88 days remaining!

October 4th is 33 days before the election!

I'm now looking for a series of selloffs starting today 10/4/2018 caused by a rise in 10 treasury bond yields instead of a crash. Documenting their signal system.....

Today is also a span of 13 months, 13 days since the eclipse 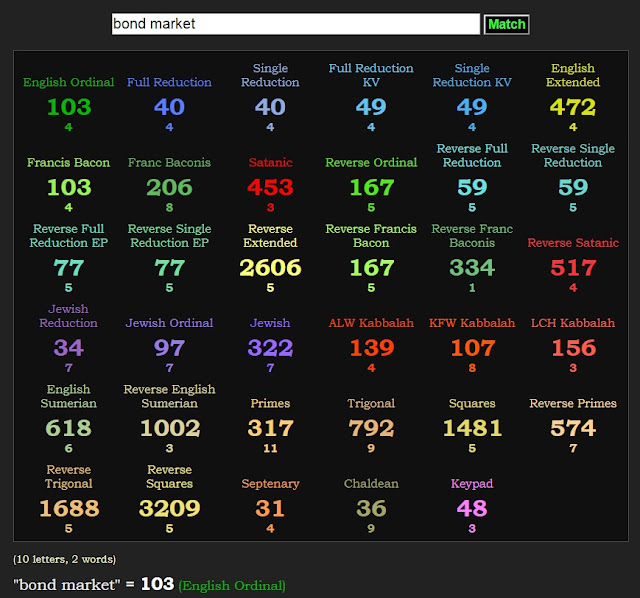 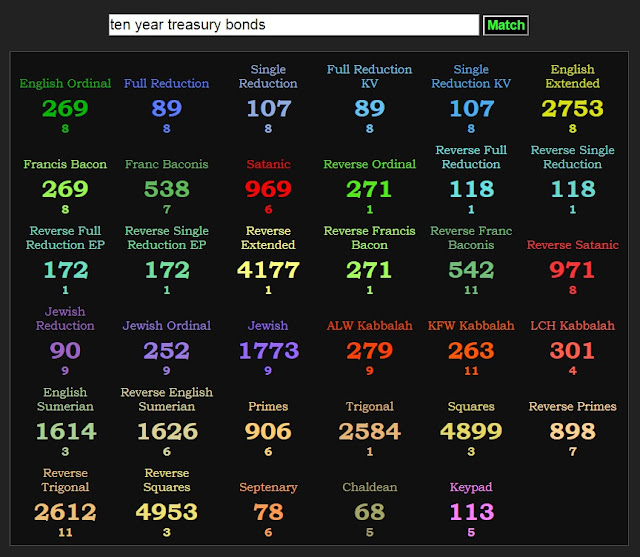 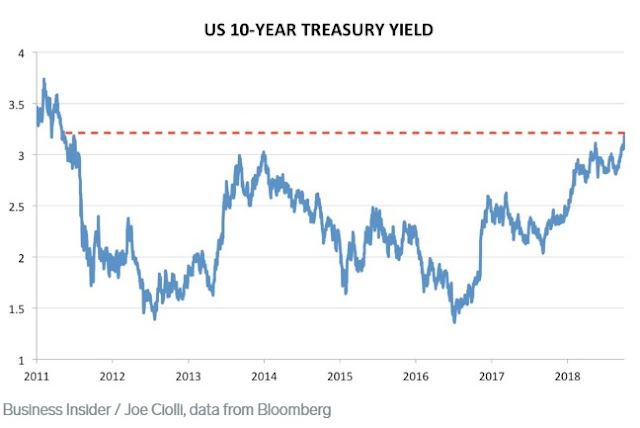 The US 10-year Treasury yield surged as high as 3.23% on Thursday to its highest level since mid-2011, and other bond markets around the world joined the action.

The 9-1/2-year bull market in stocks has been inextricably linked to these easy lending conditions, which have seen many corporations have taken on massive debt loads. As such, many experts across Wall Street have been increasingly sounding the alarm on the potentially widespread impact of worsening liquidity.

That includes the billionaire investor Stanley Druckenmiller, who recently said in an exclusive interview seen by Business Insider that liquidity would be the primary culprit of the next meltdown.

The ironic part of it all is that these concerns all stem from what is, at its core level, burgeoning economic growth in the US. But it's for that very reason that the Fed wants to remove the unprecedented safety net it placed under markets after the financial crisis a decade ago. 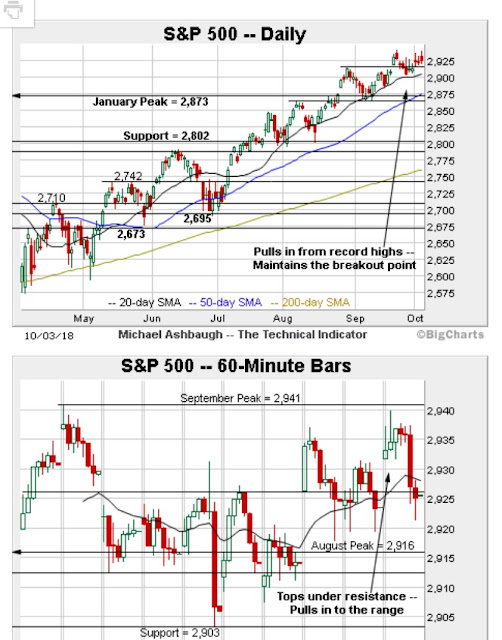 Against this backdrop, the S&P 500 topped Wednesday one point under its all-time high (2,941) and has experienced respectable selling pressure near obvious resistance ahead of Friday’s monthly jobs report.

"And I turned to see the voice that spoke with me And having turned I saw a golden seven lamp lampstand" = 2941 (Primes) (Revelation 1:12)