The brightest star in Corvus is not even its alpha, but is Gamma Corvi. This giant star (which is thought to be a binary system) is located approximately 165 light years from Earth and is also known as Gienah, which comes from the Arabic phrase al-janah al-ghirab al-yaman (“the right wing of the crow”).

The second-brightest star, Beta Corvi, is a yellow-white G-type bright giant that is located about 140 light years from Earth. Its proper name, Kraz, was assigned to it in modern times, but the origin of the name is uncertain. Delta Corvi is a class A0 star in Corvus located approximately 87 light years distant from Earth whose traditional name (Algorab) comes from the Arabic word al-ghuraab – which means “the crow.” 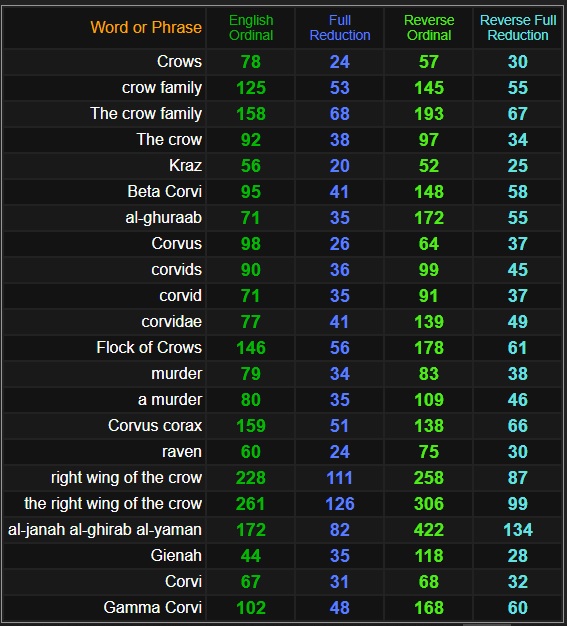