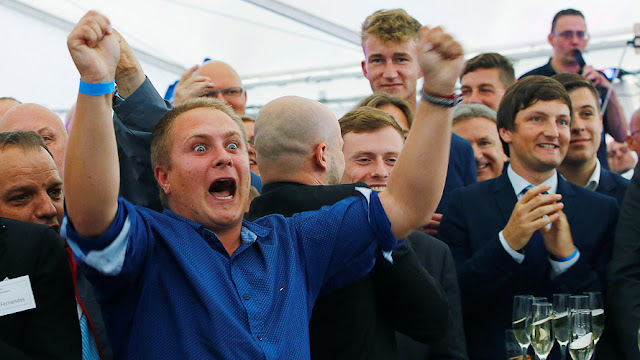 The three-year-old Alternative for Germany was set to receive 21.4% of the vote, projections from pollster Infratest Dimap said after the polls closed in the northeastern German state. The Christian Democrats, by contrast, were to receive 19% — the party’s worst-ever result in Mecklenburg-West Pomerania, a sparsely populated, economically challenged state in the former East Germany that is home to Merkel.

The center-left Social Democrats won the vote, with 30.3%, according to the projection. The party’s leader in the state, Erwin Sellering, appeared set to be able to continue his tenure as the state’s premier.

Sunday’s election was for the state legislature in a single state, with a population of about 1.6 million. But the results reflected the wave of public discontent with Merkel’s refugee policy, which dominated the campaign — especially for the Alternative for Germany, or AfD, which has now won seats in nine of Germany’s 16 powerful state parliaments thanks in part to that discontent and is building momentum ahead of next September’s national elections.