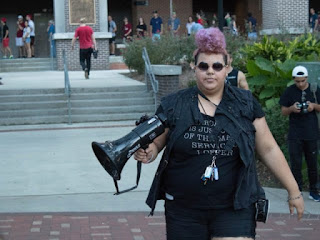 Black Lives Matter and the Students for Democratic Society banded together today at Florida State University to protest MILO’s talk on campus.

Black people should know whoever picked this BLM name is mocking you!

The people who write this scripts really love mocking. They did that on purpose!

Oh BTW people who are trying to shut down free speech are NOT for a democratic society!

“Racist, sexist, anti-gay. Milo Milo, Go away!” the crowd chanted. The line of Milo fans awaiting entry into the lecture hall chanted back “Build the Wall.” 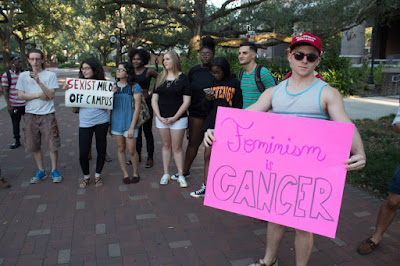 The protest was led by a number of characters, including a hairy linebacker-sized male wearing a tight dress, an overweight woman with a striking purple mohawk. 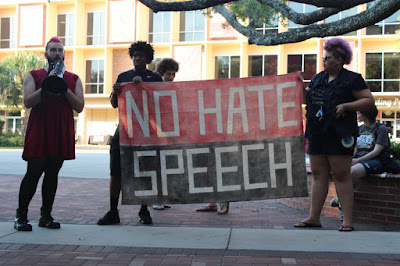 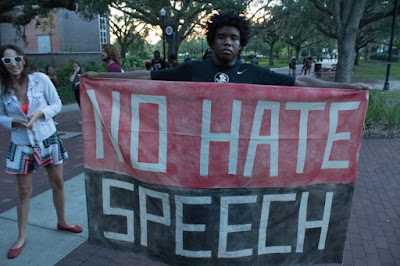 You can watch Milo’s full talk at FSU below.