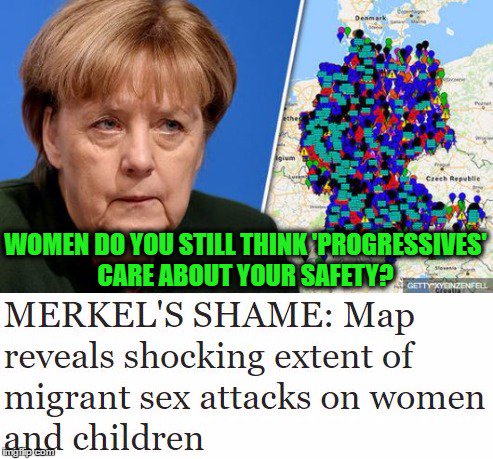 The embattled leader says Europe has an obligation to take more displaced people from Syria and Iraq.
She also said Islam “is not the cause of terrorism” and that combatting extremism needs the cooperation of Muslim countries.
In a wide-ranging speech at a Munich security conference, the German chief also vowed to work closely with Vladimir Putin’s Russia in the fight with ISIS in the Middle East.
http://www.infowars.com/merkel-europe-needs-more-muslim-migrants/