B’nai B’rith in Hebrew means sons or brotherhood of the covenant. The organization was formed by German Jews to foster education and to improve the Jewish image in America. Twelve Hebrew men met on October 13, 1843, in the city of New York, to form the Independent Order of B’nai B’rith, as it was known then. Some of the twelve founders were members of Freemasonry and of the Odd Fellows. The early structure of the B’nai B’rith borrowed a number of features from Masonry and Odd Fellows. It adopted a secret ritual (six degrees), its members had secret recognition signs, and it used the blackball method of rejecting undesirable applicants for membership. During the first few years some of the lodges in the order conducted their business in the German language.

Countless fraternal orders in the United States once served to integrate their immigrant members into the mainstream of American life. The B’nai B’rith was no exception. Two years after its inception, some members participated (in lodge regalia) in the funeral procession of President Andrew Jackson in June 1845. The concern to become American soon made itself felt in other ways. One lodge (Emmanuel Lodge of Baltimore) petitioned the Constitutional Grand Lodge in New York to permit the initiation of "non-Israelites." When Emmanuel Lodge’s request was denied, it voted in 1851 to surrender its charter.

Virtually from its beginning the B’nai B’rith has been concerned with overcoming anti-Semitism. In 1851 the order sent letters of protest to the American Secretary of State, Daniel Webster, and others regarding anti-Semitism practiced in Switzerland, which in a treaty at that time with the United States prevented Jews from living in given Swiss cantons.

The B’nai B’rith has undergone a fair amount of internal change over the years. In the 1860s it changed the titles of its officers from the Hebrew to standard English. By 1863 the order’s preamble to its constitution was amended with reference to the group’s mission. It no longer used the words, "the highest interests of Judaism," but referred only to "the highest interest of humanity." In 1913 it organized the Anti-Defamation League as a program to fight prejudice against Jews. By 1920 it officially recognized the role of women by authorizing ladies auxiliaries. In the 1920s secrecy was dropped as part of the group’s posture. After 1910 it slowly abandoned the blackball method of voting, although the practice was not completely abolished in all lodges until 1948. The order began with the German language, but soon changed to conducting its business in English.

The BBI has supported a wide variety of programs: community volunteer services, health drug-abuse education, helping the disabled, prisoner rehabilitation, disaster relief, world hunger relief, assisting new immigrants and refugees, helping older adults, and other programs. In order to become a member of the BBI today the individual must be male, at least twenty-one years of age, of good moral character, and of the Jewish faith. Women and young people must join their own separate organizations. The youth group is known as B’nai B’rith Youth Organization. In 1978 the B’nai B’rith had about 500,000 members (about the number that the society had in the late 1960s) in seventy-five regional grand lodges. This membership figure includes the B’nai B’rith Women, Anti-Defamation League, Hillel, and the B’nai B’rith Youth Organization. The number of local lodges stood at 3,500.

The B’nai B’rith is truly an international group in that it has lodges in a number of countries. It founded a lodge in 1882 in Germany, and by 1888 it had also established a lodge in Jerusalem. After 1948 it reopened lodges in eastern European areas.

Structurally, the B’nai B’rith is organized on three levels: international, regional, and local. The international operation has since 1935 been known as the "Supreme Lodge." Prior to that time, it was the "Constitutional Grand Lodge." The international headquarters have been in Washington, D.C., since 1938. Regional groups are called "District Grand Lodges," and local entities are referred to as "Lodges." International officers use the titles of president, vice-president, secretary, and the like. However, on the district or regional level the old lodge nomenclature prevails: Grand Nasi Abh, Grand Aleph, and so on.

"Two years after its inception, some members participated (in lodge regalia) in the funeral procession of President Andrew Jackson in June 1845"

Jews and especially Zionist Jews hated Andrew Jackson more than any President we ever had. He exposed them as VIPERS and threw out their BANK! Jews were no longer allowed to print the US currency and the country was free of them for 100 years. There's NO WAY they would be honoring Jackson. Celebrating his death is more like it.

Andrew Jackson’s Speech Against Central Banksters as True Today as in 1832
https://www.silverdoctors.com/gold/gold-news/andrew-jacksons-speech-against-central-banksters-as-true-today-as-in-1832/

On September 10, 1833, Jackson removed all federal funds from the Second Bank of the U.S., redistributing them to various state banks, which were popularly known as “pet banks.” In addition, he announced that deposits to the bank would not be accepted after October 1. Finally, Jackson had succeeded in destroying the bank; its charter officially expired in 1836.
https://www.history.com/this-day-in-history/andrew-jackson-shuts-down-second-bank-of-the-u-s

While claiming to represent "the interests of the worldwide Jewish Community" the B'nai B'rith in fact is a Masonic Order that represents British Freemasonry, and shifts responsibility for its world government agenda onto Jews in general. Thus instead of fighting anti- Semitism as they pretend to do, they actually put Jews in jeopardy.

The B'nai B'rith has no mandate to represent the Jewish people. But by equating opposition to world government with anti-Semitism, it ensures that Jews are blamed for the emerging New World Order.

For example, recently an Internet forum posted an item about B'nai B'rith advocacy of "Hate Laws" to stifle opposition to the NWO. A member of the forum responded, " Jews are setting themselves up for extermination again."

Thus Jews become the scapegoat for the Freemason agenda despite the fact that more-than-half of American Jews have nothing to do with Jewish organizations or religion, and in fact inter-marry.

Yes, many other Jews who are ignorant of the Masonic plan for world government naively subscribe to Zionism and the phony "War on Terror." They would be surprised to learn that most Israeli leaders, like American Presidents, are Freemasons. They might be outraged to learn that the new Israeli Supreme Court is loaded with Masonic imagery and is located along Satanic "ley" lines. Financed and designed by the Rothschilds, it is intended to be the court of the New World Order.

The B'nai B'rith-ADL is probably active in your city. It approaches local schools, private companies and the police offering indoctrination in "diversity" and combating "hate crimes." "Hate" of course is anything or anyone that interferes with the world government agenda, partly listed on the ADL website

The B'nai B'rith is part of the Masonic Scottish Rite Order established in 1843. It's militant arm, the "Anti Defamation League" (ADL) was formed in 1913, the same year as the US Federal Reserve.

According to "The Ugly Truth About the ADL" (1992) by the Executive Intelligence Review, the B'nai B'rith has always played a leading role in returning the US to the Masonic control of the British Empire (a.k.a The New World Order.)

"Not only is the ADL emphatically not a Jewish civil rights lobby; the ADL and its parent agency B'nai B'rith have been from their inception, arms of the British secret intelligence services and secret societies that are sworn enemies of the United States. The B'nai B'rith and the ADL have used their nominal Jewishness to conceal their actual allegiance and agenda." (3)

The B'nai B'rith/ Scottish Rite was instrumental in starting the Ku Klux Klan and causing the US Civil War, which destroyed a generation of American manhood. A B'nai B'rith leader, Simon Wolf, was a Confederate spy and was implicated in the assassination of Abraham Lincoln, the first of many such coup d'etats (i.e. the assassinations of Presidents Garfield, McKinley, Kennedy.)

The book goes on to detail ADL links to organized crime, drugs and prostitution, domestic spying, the purchase of the US Congress and the removal of Christianity from public institutions. It says the ADL fought Texas legislation to prosecute satanic ritual murder and lost numerous libel suits for defaming critics as "anti-Semites."


As I have said often, the mainspring of the New World Order is the private central bankers' need to translate their unlimited financial power, derived from their control of your government's credit, into permanent world institutions of political and social control. Millions of people, Jews and non-Jews, have sold their souls to them. These Lucifer-loving bankers led by the Rothschilds and the Rockefellers, are behind the Sept. 11 attacks, the Iraq war and the phoney "War on Terror. They are behind the B'nai B'rith-ADL.

You cannot work for a large corporation or government today without receiving "Diversity" education, an insulting political indoctrination reminiscent of Stalin's heyday. A measure of the Masonic control of Western society is that "Diversity" was never debated or put to a vote. It became the official ideology as if by magic.

Particularly distasteful is the ADL's "early childhood initiative" which targets 3-5 year-olds for indoctrination. They hide behind empty platitudes but the net effect is that youngsters of European origin do not learn to feel proud of their heritage. The ADL boasts that 375,000 teachers and 12 million students have participated in their elementary and secondary school programs.

In the workplace, Diversity discriminates against Europeans, and white heterosexual males in particular by favoring women, coloreds and homosexuals. People are chosen on the basis of this political profile instead of their competence or experience, which would be truly non-discriminatory and fair, not-to-mention efficient.

The purpose is to fragment and destabilize society so there is no coherent basis for resistance to world government. At the same time, the ADL actively promotes Jewish education and consciousness, including free trips to Israel for Jewish youth. Thus Jews are indoctrinated to promote the Masonic agenda and to take the fall when the time comes.

B'nai B'rith DC's office was founded on Friday the thirteenth. They founded their Jerusalem office in the year 1888. Let's put their DC address into the calculator and see what comes up.

B'nai B'rith's connection to 214. They founded their DC office on the same date the Templars were burned at the stake in 1307 is the 214th prime number.

This 214 number is not just Valentines Day or Lupercalia its a sneaky way of paying tribute to the Templars.

B'nai B'rith International is affiliated with the World Jewish Congress.

The organization was formed by German Jews to foster education and to improve the Jewish image in America. Twelve Hebrew men met on October 13, 1843, in the city of New York 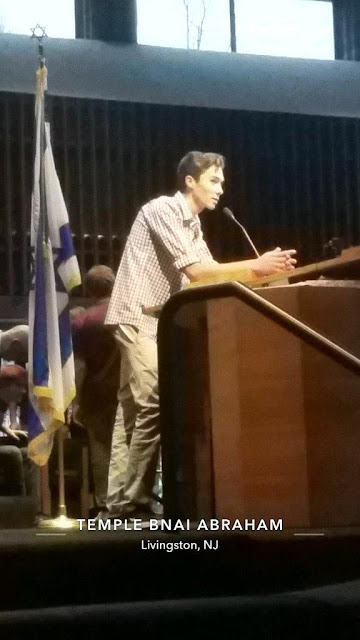 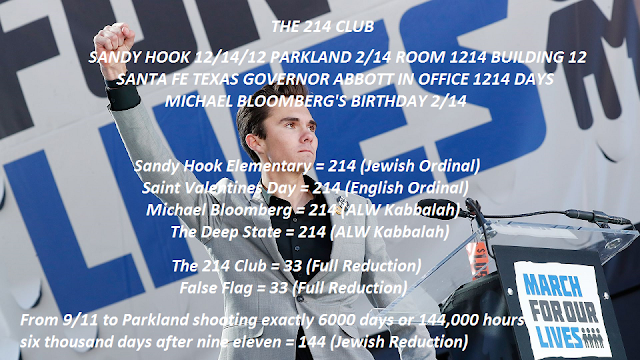 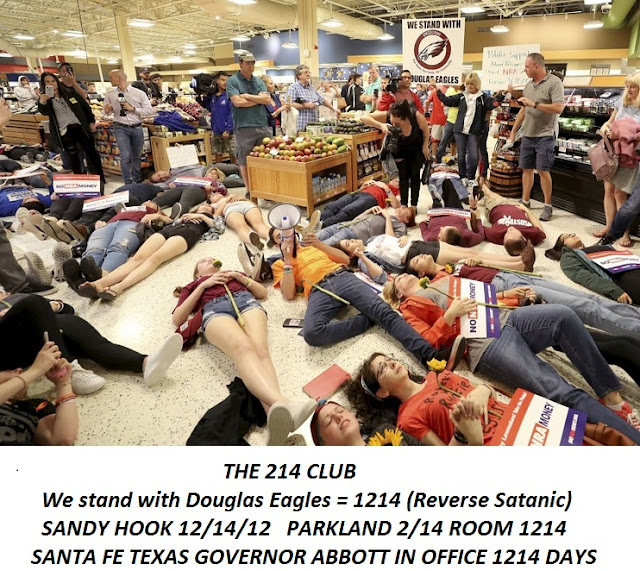 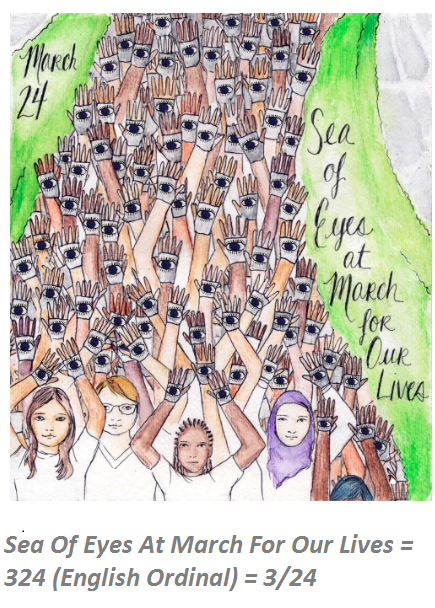 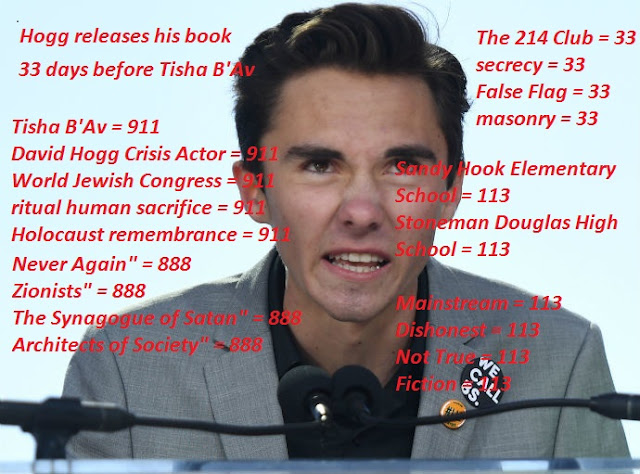 BB who we around school shootings founded the ADL in 1913. Just in time for The creation of the Fed and the Russian revolution.