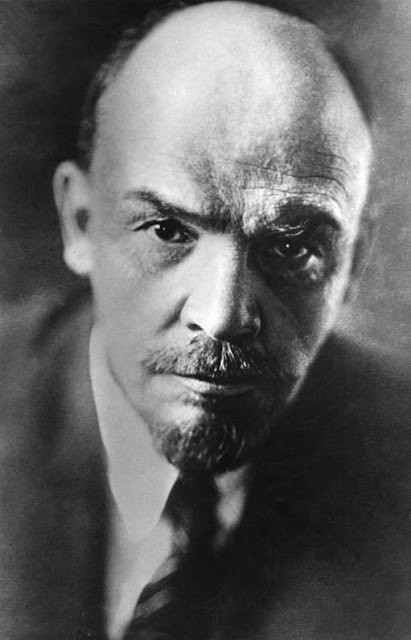 Vladimir Ilyich Ulyanov, better known by the alias Lenin (22 April 1870 – 21 January 1924), was a Russian communist revolutionary, politician and political theorist. He served as head of government of Soviet Russia from 1917 to 1924 and of the Soviet Union from 1922 to 1924.

Lenin's father, Ilya Nikolayevich Ulyanov, was from a family of serfs; his ethnic origins remain unclear, with suggestions being made that he was Russian, Chuvash, Mordvin, or Kalmyk. Despite this lower-class background he had risen to middle-class status, studying physics and mathematics at Kazan Imperial University before teaching at the Penza Institute for the Nobility. Ilya married Maria Alexandrovna Blank in mid-1863. Well educated and from a relatively prosperous background, she was the daughter of a German–Swedish mother and a Russian Jewish father who had converted to Christianity and worked as a physician.

There's two ways to spell Tisha B'Av in Hebrew. One is 14 in all ciphers and this one is from wikipedia.....
Tisha B'Av (Hebrew: תִּשְׁעָה בְּאָב‬

Here's the other one which matches David..

All 14 same as David in Hebrew