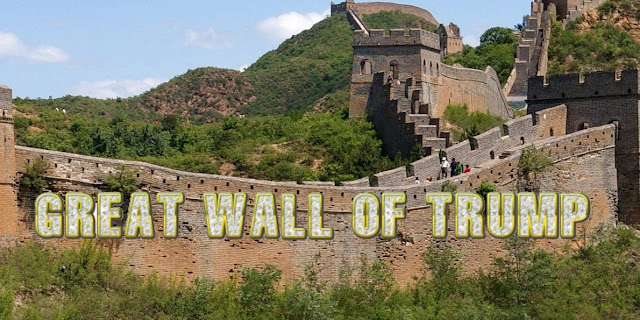 In a previous report, we highlighted the Obama administration's relentless efforts to welcome children (and adults) from Central America into the United States under the refugee umbrella, despite the lack of solid grounds for granting refugee status, even by United Nations standards.

New measures were announced last month to further the administration's renewed commitment to "address Central American migration challenges" and admit more people from that region. Secretary of Homeland Security Jeh Johnson said "Today, we are expanding these resettlement opportunities to additional vulnerable individuals within the region [Central America]. This will increase the number of individuals to whom we are able to provide humanitarian protection while combating human smuggling operations." (Emphasis added).

In our opinion, this recent expansion of "refugee resettlement opportunities" is not about protecting children and vulnerable populations (who, to begin with, do not qualify as refugees) but about providing, and paying for, a legal path to Central Americans who want to come to the United States and join their family members. This disguised vehicle for family reunification has grown wider as additional categories of family members (adult children, parents, and even "caregivers") are now able to participate in the program and move into the United States.

The Central American Minors (CAM) Refugee/Parole Program was established in December 2014 to, supposedly, offer minors a safe and legal alternative to a risky illegal crossing of the border. The program allowed parents 18 years of age and above who were lawfully present in the United States (on Permanent Resident Status, Temporary Protected Status, Parolee, Deferred Action, Deferred Enforced Departure, or Withdrawal of Removal) to ask for their children to come and join them. Children had to be unmarried, under the age of 21, and residing in El Salvador, Guatemala, or Honduras. They had to also meet the definition of refugee or be eligible for parole.

The program's numerous conditions (DNA tests, background checks, medical clearance, etc.) dissuaded some from applying. More importantly, the majority of the Salvadoran, Guatemalan, and Honduran immigrants present in the U.S. are here illegally, which makes them ineligible to participate. This explains why, since the CAM program started almost three years ago, the U.S. received only 9,500 applications.

The limited success of this program, however, did not discourage the Obama administration, which looked for alternative routes to bring in more people (and not just children) from Central America as "refugees."

Last winter, Secretary of State John Kerry disclosed a plan to develop new refugee processing mechanisms in addition to the existing CAM Refugee/Parole Program. Again, CAM was ostensibly designed to respond to the increasing number of unaccompanied minors crossing into the United States illegally. The new plan made public by Kerry is to benefit every person — adults included— from El Salvador, Guatemala, and Honduras who seeks asylum. Individuals are to be processed in the region with the collaboration of the United Nations High Commissioner for Refugees (UNHCR), and then flown directly to the United States. Negotiations were underway as to which country will host this processing site.

Last month, the U.S. announced it reached an agreement with Costa Rica for that purpose. The Department of Homeland Security (DHS) applauded Costa Rica's decision to "enter into a protection transfer arrangement (PTA) with the UN High Commissioner for Refugees (UNHCR) and the International Organization for Migration (IOM)".

This means that, in coordination with UNHCR and IOM, the U.S. government will pre-screen applicants from the region who will then be transferred to Costa Rica where they will undergo refugee processing before being resettled to the United States. For cases that do not require urgent transfers to Costa Rica, in-country referral programs will enable residents in this region to be considered for refugee resettlement in the United States.