The US is reportedly moving nukes from Turkey to Romania amid rising tensions in Ukraine – and after a recent report warned that ISIS could steal the nukes in Turkey.

At least 50 tactical nukes are stored at the Incirlik Air Base about 70 miles from the Syrian border, and according to EurActiv, the US is moving at least 20 of them to Romania, which shares a border with Ukraine.

US officials have denied the claim, but recent developments reveal there’s credibility to the reported nuke transfer.

Incirlik Air Base (Turkish: İncirlik Hava Üssü) located in the İncirlik quarter of the city of Adana.

"İncirlik Hava Üssü" in the English Reduction system equals 56
All seeing eye, Eye of Horus, Tribe of Judah, Nine one one

The decision to build the Incirlik Air Base was made during the Second Cairo Conference in December 1943, but construction works began after the end of the Second World War. The U.S. Army Corps of Engineers began construction of the Incirlik Air Base in the spring of 1951. The U.S. Air Force initially planned to use the base as an emergency staging and recovery site for medium and heavy bombers. The Turkish General Staff and the U.S. Air Force signed a joint-use agreement for the new Air Base in December 1954. On 21 February 1955, the Air Base was officially named Adana Air Base, with the 7216th Air Base Squadron as the host unit. This Air Base was renamed the "Incirlik Air Base" on 28 February 1958.

The Second Cairo Conference of December 4–6, 1943, held in Cairo, Egypt, addressed Turkey's possible contribution to the Allies in World War II.[1] The meeting was attended by President Franklin D. Roosevelt of the United States, Prime Minister Winston Churchill of the United Kingdom, and President İsmet İnönü of the Republic of Turkey. 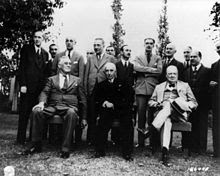 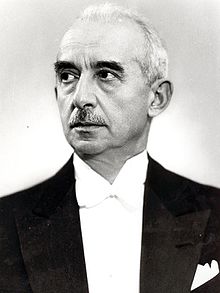