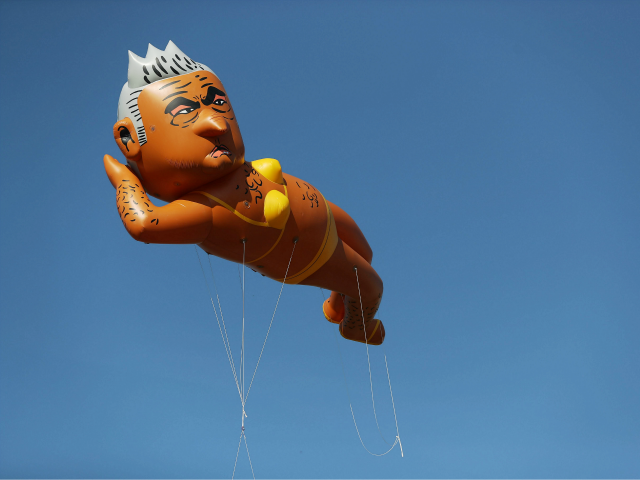 A giant balloon of a bikini-clad Sadiq Khan has been flown in London as part of a campaign to oust the capital's mayor.

Campaigners raised £58,182 for the 29ft-long blimp, which was launched in Parliament Square earlier.

Mr Khan said people were "welcome" to look at the balloon but he did not think the swimwear suited him. 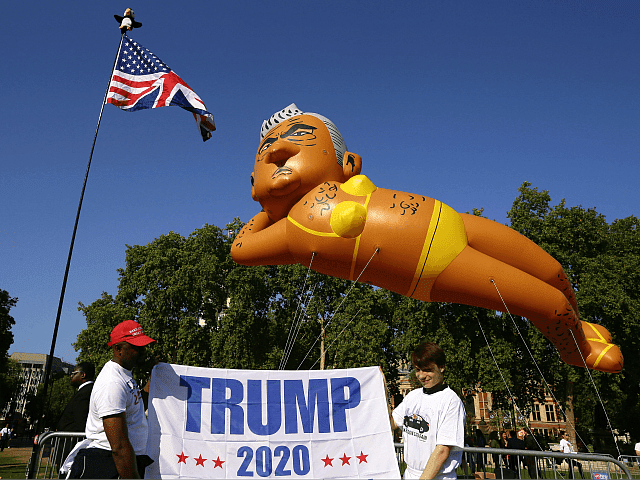 Organiser Yanny Bruere has denied claims he is affiliated with any right-wing groups.

His anti-Khan crowdfunding campaign was launched following the Donald Trump baby balloon flown by protesters during the president's visit in July.

The giant inflatable of the mayor - a nod to the "Beach Body Ready" advert Mr Khan voiced his disapproval for in 2016 - was approved by City Hall, the police and air traffic controllers NATS. 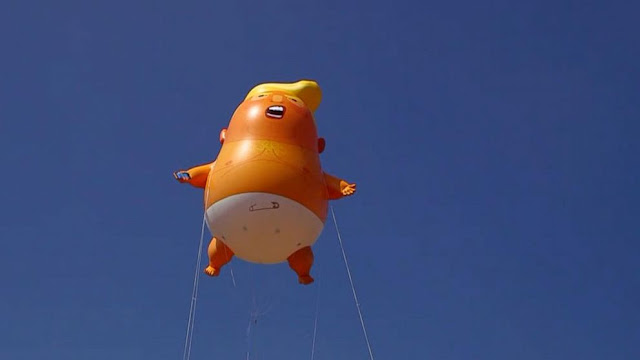 During an official visit to the United Kingdom by President of the United States Donald Trump, an inflatable caricature of Trump was flown in protest of him, his visit, his racial views, his history of sexual misconduct, and his policies. The balloon depicts Trump as an angry orange baby holding a smartphone.

The balloon was flown over Parliament Square, London, on 13 July 2018, where the police estimate that over 100,000 protestors were in attendance,  and fifty thousand more in the Meadows, Edinburgh, the following day, where protests were also held. Although Trump was not visiting Edinburgh, he was spending the weekend at his Turnberry golf course, but permission to fly the balloon there was refused by Police Scotland.

Flew over London on Friday the thirteenth.

Things that stand out on Friday the thirteenth 7/13/2018 #888 #TrumpBabyBalloon
https://decodingsatan.blogspot.com/2018/07/things-that-stand-out-on-friday.html