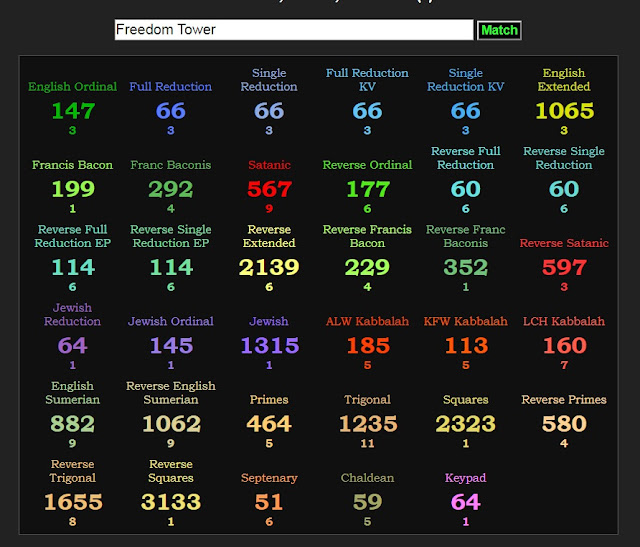 In the book "The Mystery of the Shemitah" on page 223/224 He says the spine of the Freedom tower went up during an eclipse. was scheduled for April 29, 2013, but bad weather delayed the delivery of the final pieces so it went up on May 10 2013. It made the Freedom Tower 1776 ft tall.  That was the Jewish "new moon" holiday "Rosh Chodesh Sivan"
Fri, 10 May 2013 = 1st of Sivan, 5773
א׳ בְּסִיוָן תשע״ג
Parashat Bamidbar (in Diaspora)
Rosh Chodesh Sivan
45th day of the Omer
May 10 is the 130th day of the year in the Gregorian calendar. There are 235 days remaining

This book "The Mystery of the Shemitah" is very helpful even though it looks like the Rabbi who wrote it was just enriching himself. But the chapter on how towers are being used as markers of time is very very interesting. Especially concerning Trump and towers. If he was picked to start work on the 3rd temple then his whole life should be littered with markers concerning towers, temples, WTC in particular could be syncronized with events in his life.

The reason I'm bringing up Freedom Tower is ....
"Eclipse crucifixion code" = 227 (English Ordinal)
"September the eleventh" = 227 (English Ordinal)
Cahn says the tower was built in defiance instead of humility and the eclipse was a prophetic sign of disapproval. I don't know if 8/10/2013 was an eclipse day or not though. He says it was but I don't know how to check that. 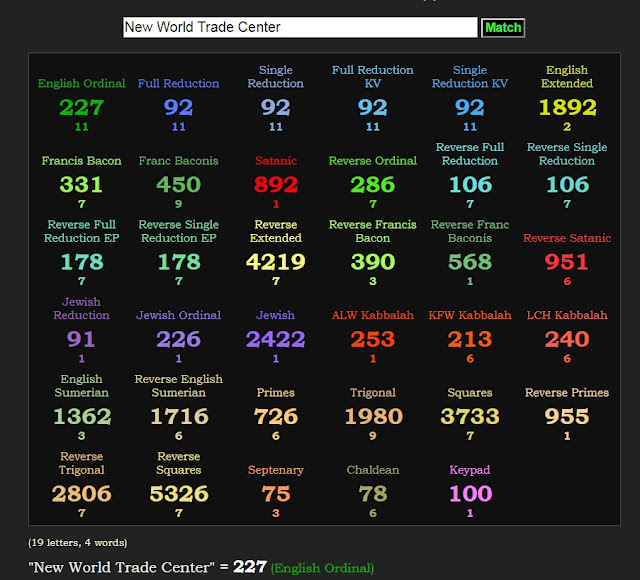 One World Trade Center's steel structure topped out at the nominal 104th floor, with a total height of 1,368 feet (417 m), in August 2012. The tower's antenna was shipped to New York in November 2012; the first section of the antenna was hoisted to the top of the tower on December 12, 2012, and was installed on January 15, 2013.  By March 2013, two sections of the antenna had been installed. The spire's completion was scheduled for April 29, 2013, but bad weather delayed the delivery of the final pieces. On May 10, 2013, the final piece of the spire was lifted to the top of One World Trade Center, bringing the tower to its full height of 1,776 feet (541 m), and making it the fourth-tallest building in the world, as well as the tallest in the city, surpassing the 1,454-foot (443 m) Empire State Building.

The symbolic cornerstone of One World Trade Center was laid in a ceremony on July 4, 2004. The stone had an inscription supposedly written by Arthur J. Finkelstein. However, construction was delayed until 2006 due to disputes over money, security, and design. The last major issues were resolved on April 26, 2006, when a deal was made between developer Larry Silverstein and the Port Authority of New York and New Jersey, so the cornerstone was temporarily removed from the site on June 23, 2006.

On November 12, 2013, the Height Committee of the Chicago-based Council on Tall Buildings and Urban Habitat (CTBUH) made the controversial[104] announcement that One World Trade Center was the tallest building in the United States at 1,776 feet, declaring that the mast on top of the building is a spire since it is a permanent part of the building's architecture. By the same reasoning, the building was also the tallest in the Western Hemisphere.