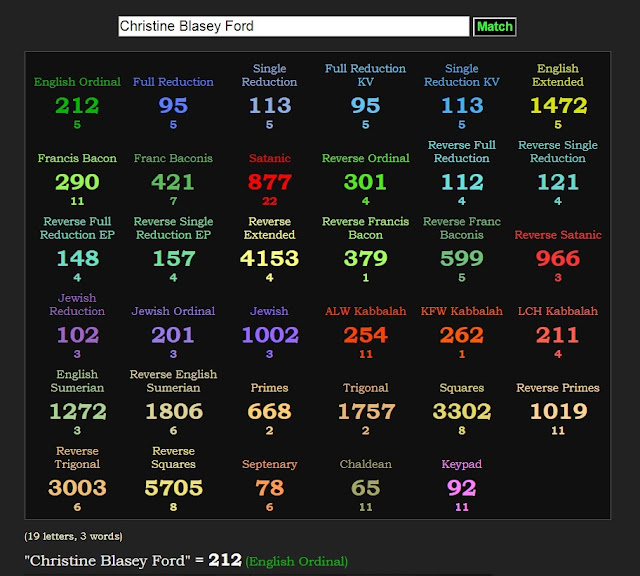 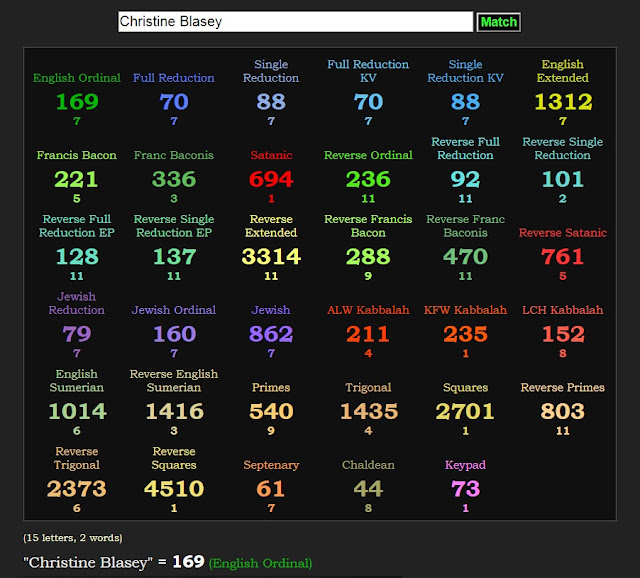 On September 16, 2018, she publicly alleged that U.S. Supreme Court nominee Brett Kavanaugh sexually assaulted her in 1982, in what she described as an attempted rape.

is an American psychologist and professor of statistics at Palo Alto University. Widely published in her field, she specializes in designing statistical models for research projects. During her academic career, Ford has worked as a research psychologist for Stanford University's Department of Psychiatry and a professor at the Stanford University School of Medicine Collaborative Clinical Psychology Program.

Gives a whole new meaning to the word "Psyop"

Psychological operations (PSYOP) are planned operations to convey selected information and indicators to audiences to influence their emotions, motives, and objective reasoning, and ultimately the behavior of governments, organizations, groups, and individuals.

Psychological warfare (PSYWAR), or the basic aspects of modern psychological operations (PSYOP), have been known by many other names or terms, including MISO, Psy Ops, political warfare, "Hearts and Minds", and propaganda. The term is used "to denote any action which is practiced mainly by psychological methods with the aim of evoking a planned psychological reaction in other people". Various techniques are used, and are aimed at influencing a target audience's value system, belief system, emotions, motives, reasoning, or behavior. It is used to induce confessions or reinforce attitudes and behaviors favorable to the originator's objectives, and are sometimes combined with black operations or false flag tactics. It is also used to destroy the morale of enemies through tactics that aim to depress troops' psychological states. Target audiences can be governments, organizations, groups, and individuals, and is not just limited to soldiers. Civilians of foreign territories can also be targeted by technology and media so as to cause an effect in the government of their country.

In Propaganda: The Formation of Men's Attitudes, Jacques Ellul discusses psychological warfare as a common peace policy practice between nations as a form of indirect aggression. This type of propaganda drains the public opinion of an opposing regime by stripping away its power on public opinion. This form of aggression is hard to defend against because no international court of justice is capable of protecting against psychological aggression since it cannot be legally adjudicated. "Here the propagandists is [sic] dealing with a foreign adversary whose morale he seeks to destroy by psychological means so that the opponent begins to doubt the validity of his beliefs and actions.

Most modern uses of the term psychological warfare, refers to the following military methods:

Demoralization:
Distributing pamphlets that encourage desertion or supply instructions on how to surrender
Shock and awe military strategy
Projecting repetitive and annoying sounds and music for long periods at high volume towards groups under siege like during Operation Nifty Package
Propaganda radio stations, such as Lord Haw-Haw in World War II on the "Germany calling" station
Renaming cities and other places when captured, such as the renaming of Saigon to Ho Chi Minh City after Vietnamese victory in the Vietnam War
False flag events
Use of loudspeaker systems to communicate with enemy soldiers
Terrorism
The threat of chemical weapons

Most of these techniques were developed during World War II or earlier, and have been used to some degree in every conflict since. Daniel Lerner was in the OSS (the predecessor to the American CIA) and in his book, attempts to analyze how effective the various strategies were. He concludes that there is little evidence that any of them were dramatically successful, except perhaps surrender instructions over loudspeakers when victory was imminent. It should be noted, though, that measuring the success or failure of psychological warfare is very hard, as the conditions are very far from being a controlled experiment.

White propaganda (Omissions and Emphasis): Truthful and not strongly biased, where the source of information is acknowledged.
Grey propaganda (Omissions, Emphasis and Racial/Ethnic/Religious Bias): Largely truthful, containing no information that can be proven wrong; the source is not identified.
Black propaganda (Commissions of falsification): Inherently deceitful, information given in the product is attributed to a source that was not responsible for its creation.
Lerner points out that grey and black operations ultimately have a heavy cost, in that the target population sooner or later recognizes them as propaganda and discredits the source. He writes, "This is one of the few dogmas advanced by Sykewarriors that is likely to endure as an axiom of propaganda: Credibility is a condition of persuasion. Before you can make a man do as you say, you must make him believe what you say.