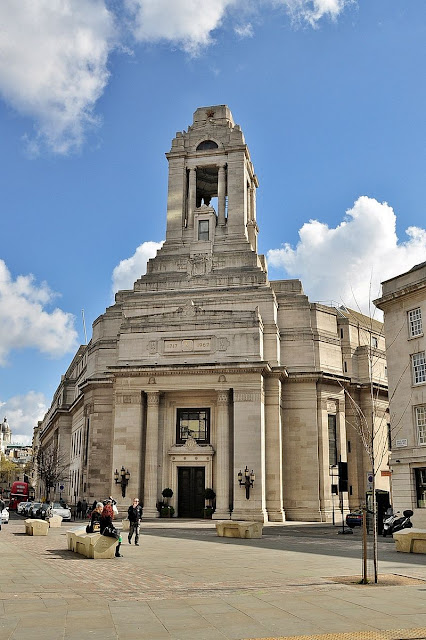 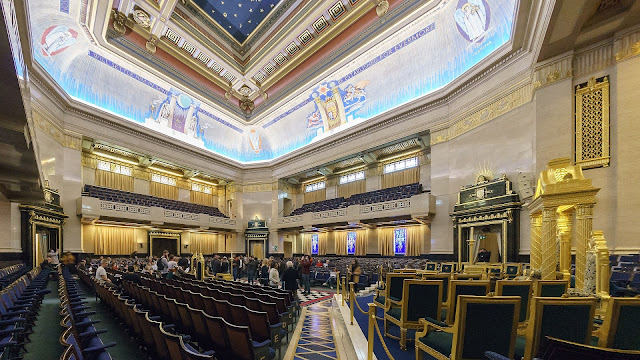 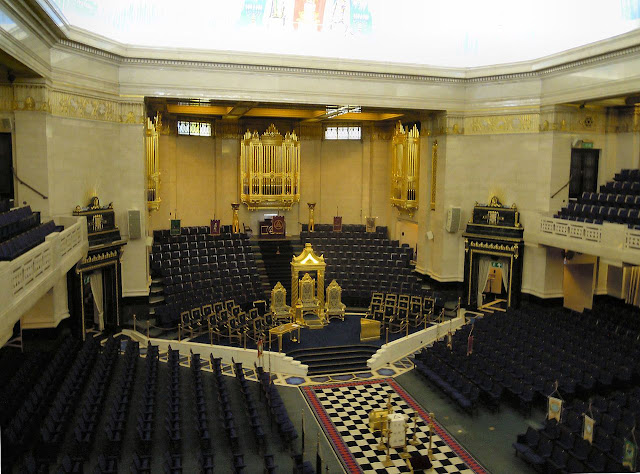 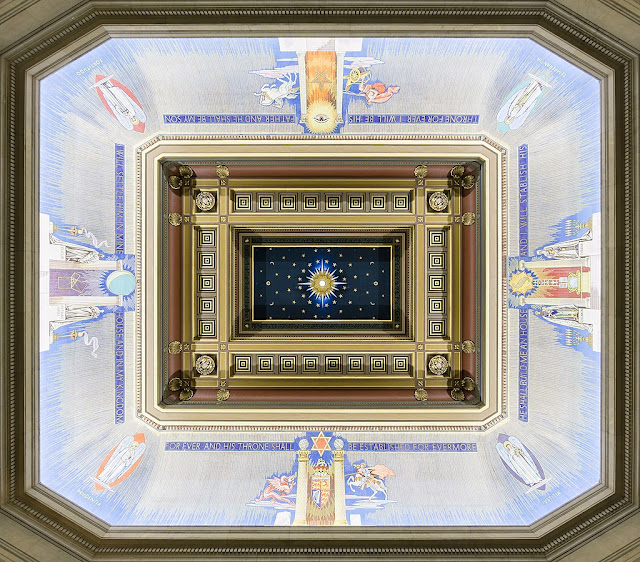 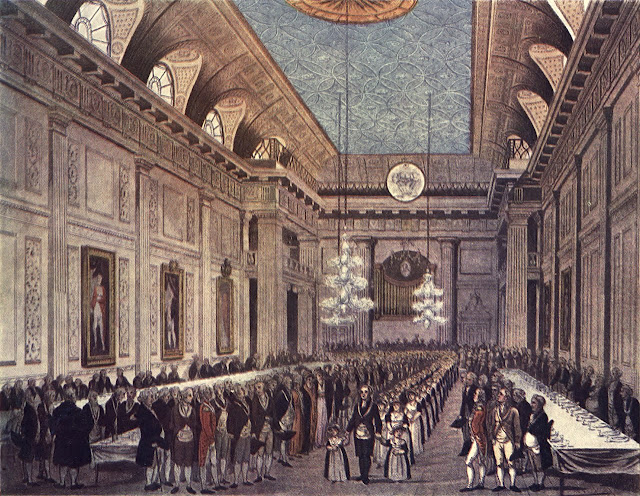 Freemasons' Hall in London is the headquarters of the United Grand Lodge of England and the Supreme Grand Chapter of Royal Arch Masons of England, as well as being a meeting place for many Masonic Lodges in the London area. It is located in Great Queen Street between Holborn and Covent Garden and has been a Masonic meeting place since 1775. There have been three Masonic buildings on the site, with the current incarnation being opened in 1933.

Parts of the building are open to the public daily, and its preserved classic Art Deco style, together with its regular use as a film and television location, have made it a tourist destination.

In 1846, the World Evangelical Alliance was founded here.

In addition to the Grand Temple, there are a further 23 masonic temples, or meeting rooms, within the building, used by Lodges and Chapters. 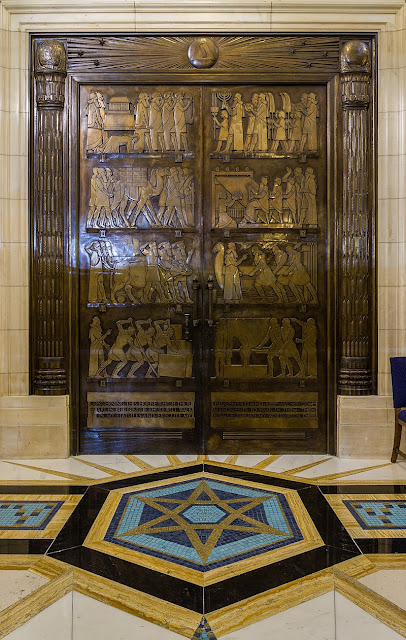 Quatuor Coronati Lodge No. 2076 (its Latin title meaning Four Crowned Ones) is a Masonic lodge in London dedicated to Masonic research. Founded in 1886, the lodge meets at Freemasons' Hall, Great Queen Street.

The name of the Lodge is taken from lines 497 - 534 of the Regius Poem. This poem from circa 1390 is one of the oldest Masonic documents.

Masonic manuscripts
The Halliwell Manuscript, also known as the Regius Poem, is the earliest of the Old Charges. It consists of 64 vellum pages of Middle English written in rhyming couplets. In this, it differs from the prose of all the later charges. The poem begins by describing how Euclid "counterfeited geometry" and called it masonry, for the employment of the children of the nobility in Ancient Egypt. It then recounts the spread of the art of geometry in "divers lands." The document relates how the craft of masonry was brought to England during the reign of King Athelstan (924–939)