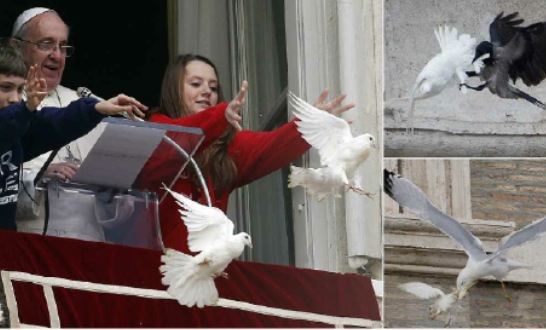 One of the biggest symbolism/omen events in the last five years was when the Pope released his peace doves and they were attacked by a crow and a seagull. I've been stuck on this one for a couple of years. Today I counted the days from Pope's dove attack 1/26/2014 to TishaBav 8/11/2019 and got 2023 days.. 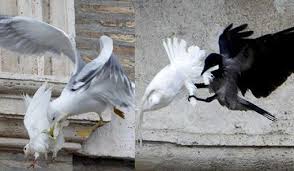 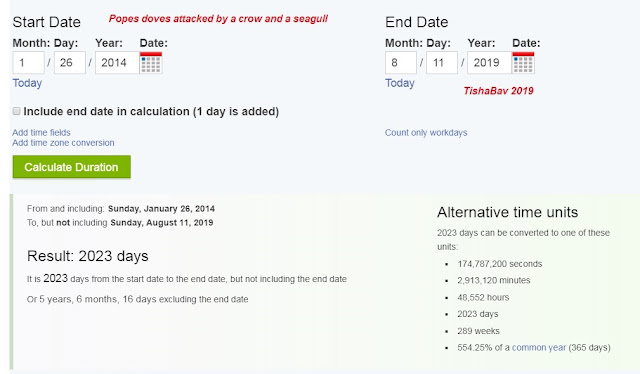 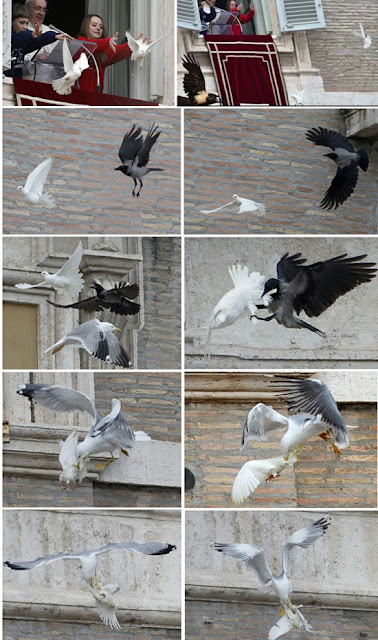 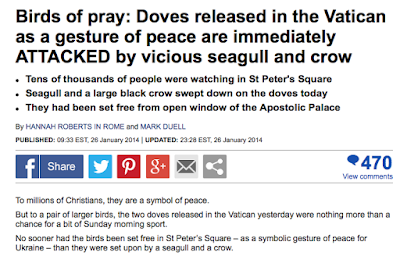 And without controversy great is the mystery of godliness God was manifest in the flesh justified in the Spirit seen of angels preached unto the Gentiles believed on in the world received up into glory =2023 EO (Timothy 3:16)