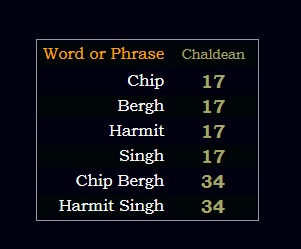 Levi Strauss announced on Tuesday September 4th 2018  it would be creating a new gun-control group with billionaire Michael Bloomberg and donating millions of dollars to a collection of established gun-control groups.

The clothing company said it would be partnering with Everytown for Gun Safety and Michael Bloomberg to form Everytown Business Leaders for Gun Safety in a blogpost on their website. It also said it would set up the Safer Tomorrow Fund, which Levi Strauss said would direct more than $1 million over the next four years to "fuel the work of nonprofits and youth activists who are working to end gun violence in America." The company went on to say it would begin doubling the amount it matches for employee donations to gun-control groups aligned with the fund and pushed employees to use their five hours a month in paid volunteer time at the gun-control groups.

Levi Strauss said while they had already requested customers not carry firearms in their store in 2016 and had supported gun-control initiatives in the past, they felt they needed to become more politically involved in the issue.

Levi Strauss announced the first grants from the Safer Tomorrow Fund would be going to three established groups that have advocated for myriad gun-control laws. Everytown for Gun Safety, Live Free, and Giffords will be the first grant recipients under the company's new plan. Those groups have supported expanding background checks to used-gun sales between private individuals, banning so-called assault weapons, and outlawing the possession of gun blueprints.

The company said the grant to Everytown would be used to support "a series of Youth Leadership Summits organized by volunteers from Students Demand Action." It said the grant to Live Free would go toward training "youth impacted by gun violence on successful gun-violence reduction strategies," and the Levi Strauss Foundation would fund "a series of town halls in cities across the U.S. that are disproportionately impacted by gun violence." The grant to Giffords will be used to "support business community engagement and education on the issue of gun-violence prevention."