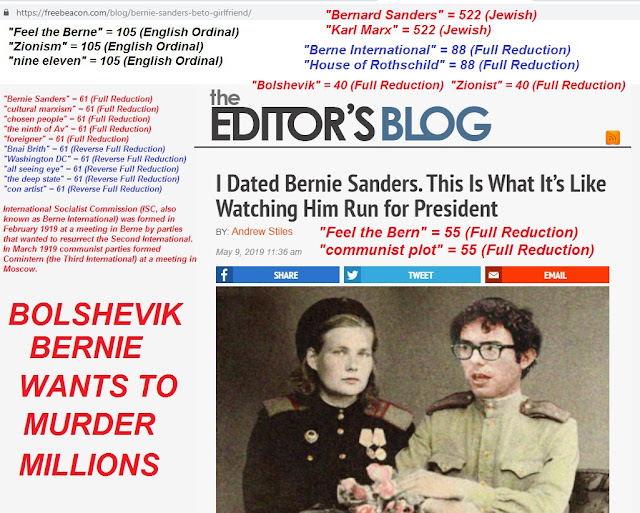 I Dated Bernie Sanders. This Is What It’s Like Watching Him Run for President
BY: Andrew Stiles

Editor's note: The following blog item is being reposted (and translated the original Russian) from Yekaterina Kusnetsova's VKontakte page without permission.

HORLIVKA, Donetsk People's Republic—On an afternoon in January, I crouched behind what was left of a rotting horse, digging around in my pockets for chewing gum and amphetamines. I found the letter instead. As much as I'd wanted to after reading it, I couldn't bring myself to throw it away. Inside the internationally postmarked envelope was the official letterhead of a Prague-based private detective working on behalf of a powerful American oligarch, Neera Tanden. The subject: "Bernie Sanders." My love of a lifetime long past. My Bernychka.

The detective hadn't listed any contact information, or even a return address. He just said he'd "make contact" in the coming days, and so he did. That's how I found myself in the strange circumstance of sitting in on the veranda of the guest house at a CIA black site on a late-winter afternoon, recalling—with a heavily armed stranger—life in my early 40s, and what it had been like for Bernie and me to fall in love.

Over the course of our 16-hour interrogation, I talked about the barrio flophouse Bernie and I shared in Havana in the late 1950s, the dog-eared copies of El Estado y La Revolución we used to read aloud together after too many coffees, and the musk hogs we used to shoot to hone our rifle skills, and how I'd almost always let him win. That was before I'd told him about my service in the Great Patriotic War, as a young sniper hunting Nazi officers in the ruins of Stalingrad, and later as a honey pot assassin on the streets of Berlin.

Being driven back to Mariupol in the truck of the detective's rental car brought those long-unvisited but still-familiar memories into greater focus. Watching the failed coup at Bay of Pigs unfold on a grainy television set during a jai alai tournament in Buenos Aires. Getting swept up in revolutionary fervor, and surrendering to lust in a disused potting shed at one of Che Guevara's legendary garden parties, where we'd first met. The way Bernie's eyes would light up when he talked about bagels, and the youthful passion with which he decried the seemingly endless flavor varieties for sale in the capitalist cesspool that was New York City, where he'd promised to take me, but never did.