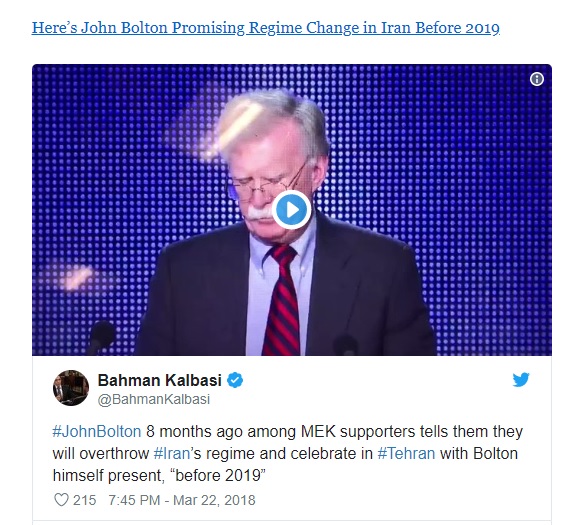 AMONG THOSE MOST alarmed by President Donald Trump’s selection of John Boltonas his new national security adviser on Thursday were supporters of the Iran nuclear deal, the 2015 international agreement that curbed Iran’s nuclear program in exchange for a partial lifting of economic sanctions.

Rob Malley, who coordinated Middle East policy in the Obama administration, observed that Bolton’s appointment, along with the nomination of Iran deal critic Mike Pompeo as secretary of state, seemed to signal that the agreement would most likely be “dead and buried” within months. Trita Parsi, leader of the National Iranian American Council wrote on Twitter: “People, let this be very clear: The appointment of Bolton is essentially a declaration of war with Iran. With Pompeo and Bolton, Trump is assembling a WAR CABINET.”

Their alarm was understandable. Bolton, who made his name as a belligerent member of George W. Bush’s State Department and a Fox News contributor, has not only demanded that the Trump administration withdraw from the nuclear deal, he also previously advocated bombing Iran instead. Bolton has spent the better part of a decade calling for the United States to help overthrow the theocratic government in Tehran and hand power to a cult-like group of Iranian exiles with no real support inside the country.

Just eight months ago, at a Paris gathering, Bolton told members of the Iranian exile group, known as the Mujahedeen Khalq, MEK, or People’s Mujahedeen, that the Trump administration should embrace their goal of immediate regime change in Iran and recognize their group as a “viable” alternative.

“The outcome of the president’s policy review should be to determine that the Ayatollah Khomeini’s 1979 revolution will not last until its 40th birthday,” Bolton said. (The 40th anniversary of the Iranian revolution will be on February 11, 2019.) “The declared policy of the United States should be the overthrow of the mullahs’ regime in Tehran,” Bolton added. “The behavior and the objectives of the regime are not going to change and, therefore, the only solution is to change the regime itself.”

As the Iranian expatriate journalist Bahman Kalbasi noted, Bolton concluded his address to the exiles with a rousing promise: “And that’s why, before 2019, we here will celebrate in Tehran!” 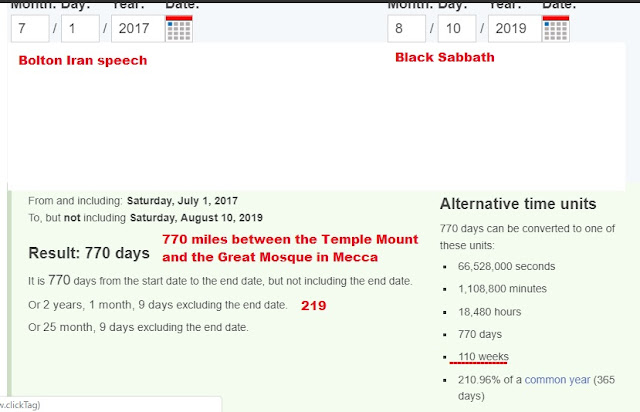