(CNN) Donald Trump will return to the 2020 campaign trail on June 19 in Tulsa, Oklahoma, a move freighted with racial symbolism and one almost certain to end poorly for the incumbent president.

The selection of Tulsa as the place where Trump returns to the stump and the date on which he is choosing to do it both suggest that Trump's long-whispered-about race speech -- in the wake of ongoing protests and unrest following the death of George Floyd -- will happen next Friday, and at a campaign rally no less.

Tulsa was the site of one of the most vicious acts of racial violence in American history when, in 1921, a mob of white people attacked a section of the city known as Greenwood or "Black Wall Street" and murdered hundreds of African Americans. (The event was the basis for HBO's "Watchmen" series.) And June 19, which has become commonly known and celebrated as Juneteenth, or Emancipation Day, commemorates the anniversary of the reading of the General Orders, No. 3, which officially informed slaves that they were free. 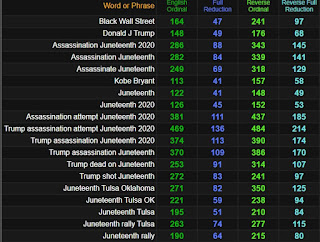