If you're counting workdays or weekends, there are 31 weekdays and 13 weekend days. 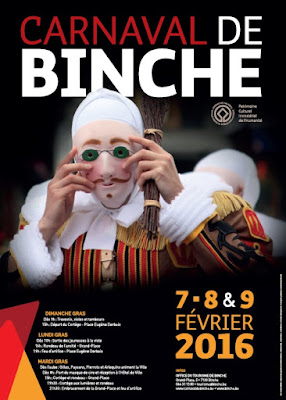 From 9am: Disguised, violas and tambours entertain the city.

From 10am: Youths accompanied by viola.

From the dawn : Gilles, Peasants, Pierrots and Arlequins entertain the city.

From 8.30am : Wearing the wax mask and reception at the City Hall.

From 3pm : Procession and rondeau on the Grand-Place.

From 8pm : Enlighted procession and rondeau. 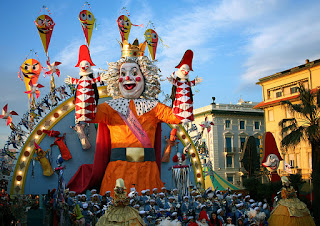 Every Society has to take care of their members, the Gilles, the Peasants, the Pierrots and the Arlequins (Harlequins). It must especially hire a drums group, musicians, and organize all the logistics linked to the “picking up”. Every Society is leaded by a committee, a president, a vice-president, a secretary and a treasurer.

Each Society has also 3 or 4 commissioners who are linked to it. Those commissioners are representatives for the Association for the Defense of Folklore, they wear a domino (black satin dress), and they must keep the cohesion within the Society and make sure that everybody respects the timetable for the scheduled moving.

They are 13 Carnival Society  in Binche : 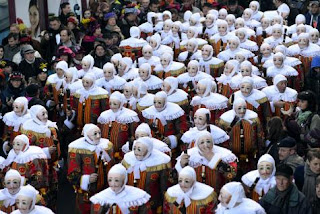 The carnival of Binche is an event that takes place each year in the Belgian town of Binche during the Sunday, Monday, and Tuesday preceding Ash Wednesday. The carnival is the best known of several that take place in Belgium at the same time and has been proclaimed as a Masterpiece of the Oral and Intangible Heritage of Humanity listed by UNESCO. Its history dates back to approximately the 14th century. 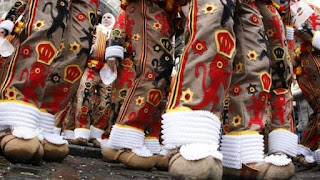 Events related to the carnival begin up to seven weeks prior to the primary celebrations. Street performances and public displays traditionally occur on the Sundays approaching Ash Wednesday, consisting of prescribed musical acts, dancing, and marching. Large numbers of Binche's inhabitants spend the Sunday directly prior to Ash Wednesday in costume. 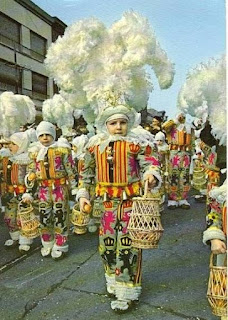 The centrepiece of the carnival's proceedings are clown-like performers known as Gilles. Appearing, for the most part, on Shrove Tuesday, the Gilles are characterised by their vibrant dress, wax masks and wooden footwear. They number up to 1,000 at any given time, range in age from 3 to 60 years old, and are customarily male. The honour of being a Gille at the carnival is something that is aspired to by local men. From dawn on the morning of the carnival's final day, Gilles appear in the centre of Binche, to dance to the sound of drums and ward off evil spirits with sticks.

The Gilles are the oldest and principal participants in the Carnival of Binche in Belgium. 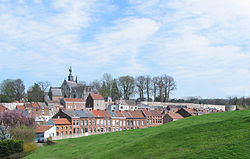 The motto of the city is "Plus Oultre" (meaning "Further" in Old French), which was the motto of Holy Roman Emperor Charles V, who in 1545 gave the medieval Castle of Binche to his sister, Queen Mary of Hungary (governor of the Netherlands). She lavished attention on Binche, which she had rebuilt under the direction of an architect-sculptor Jacques du Broeucq, remembered today as the first master of Giambologna.

Motto
"Plus Oultre" in the English Reduction system equals 42
Plus Oultre in Simple Gematria Equals: 159

Mary of Hungary (governor of the Netherlands) 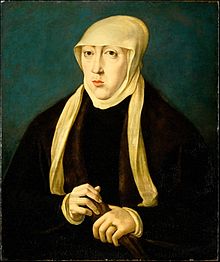 Mary of Austria (15 September 1505 – 18 October 1558), also known as Mary of Hungary, was queen consort of Hungary and Bohemia as the wife of King Louis II, and was later Governor of the Habsburg Netherlands