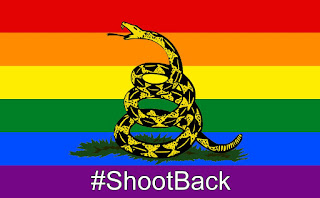 Just over a week after the deadly nightclub rampage in Orlando, the Senate will take up four amendments Monday related to guns and terror — two from Democrats and two from Republicans.

Brought by Dianne Feinstein, D-Calif., it would give the Justice Department the power to stop anyone from purchasing a gun if that person has been on the federal terrorist watch lists sometime in the past five years. This measure would also make it easier for the government to halt a gun purchase, based on "reasonable belief" as opposed to "probable cause" that the individual will use the firearm to commit terrorism. The White House backs this measure.
An amendment by Chris Murphy, D-Conn., would close the "gun show loophole" by requiring every gun purchaser to undergo a background check and to expand the background check database. It would also extend background checks to Internet sales.
The GOP proposals:

This one from John Cornyn, R-Texas, would require that law enforcement be alerted when anyone on the terrorist watch list attempts to buy a weapon from a licensed dealer. If the buyer has been investigated for terrorism within the past five years, the attorney general could block a sale for up to three days while a court reviews the sale. The government would have to show probable cause that the person is a known or suspected terrorist.
An amendment by Chuck Grassley, R-Iowa, would clarify what it means to be found mentally deficient, and giving people suspected of serious mental illness a process to challenge that determination.