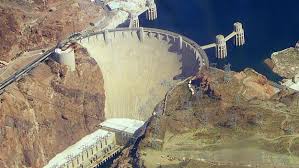 Hoover Dam, once known as Boulder Dam, is a concrete arch-gravity dam in the Black Canyon of the Colorado River, on the border between the U.S. states of Nevada and Arizona. It was constructed between 1931 and 1936 during the Great Depression and was dedicated on September 30, 1935, by President Franklin D. Roosevelt. 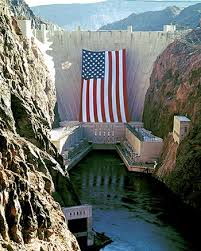 The winning bid to build the dam was submitted by a consortium called Six Companies, Inc., which began construction on the dam in early 1931. Such a large concrete structure had never been built before, and some of the techniques were unproven. The torrid summer weather and lack of facilities near the site also presented difficulties. Nevertheless, Six Companies turned over the dam to the federal government on March 1, 1936, more than two years ahead of schedule. 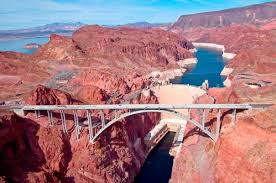 On January 10th, 1931, the Bureau of Reclamation made the bid documents available to interested parties, at five dollars a copy. The government would provide the materials, and the contractor was to prepare the site and build the dam. The dam was described in minute detail, covering 100 pages of text and 76 drawings. A $2 million bid bond was to accompany each bid. The winner would have to post a $5 million performance bond. The contractor would have seven years to build the dam, or penalties would ensue.[2]

A consortium was formed by eight smaller general contractors in order to submit a bid for the Hoover Dam construction contract. (They chose to call themselves Six Companies, Inc. as an allusion to Chinese Six Companies, where Chinese tongs in California took their grievances.) Because of the immense size of the first dam on the Colorado River, no single contractor had the resources to make a qualified bid alone. Harry W. Morrison of Morrison-Knudsen (Washington Group International, a division of URS Corporation) formed the joint venture and was elected president of it. He selected Frank Crowe, an employee of Morrison-Knudsen as the General Superintendent. Crowe was the true project manager of the undertaking. He drafted the bid, costed the project, won the project selection process, and hired each of the men who were employed during the course of the project. The Six Companies started working in about June 1931.

Six Companies Inc. was composed of:

The Six Companies Inc. won the contract in 1931, after a bid of US$48,890,955 (US$711,604,200.81 inflation adjusted). The project was so complex and large that only 3 bids were received. The Six Companies Inc. bid was $5,000,000 lower than the next bidder, meaning a bid-spread of almost 10%. The Six Companies completed construction of "Boulder Dam—Hoover Dam" two years ahead of schedule in 1935, although it took nine years (1938–47) under relative secrecy, to fix serious leaks with a supplemental grout curtain. 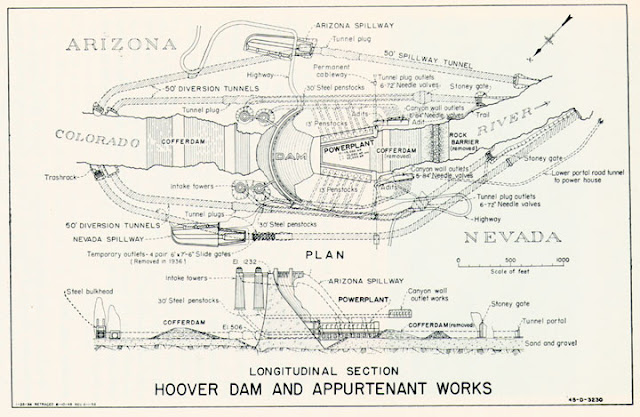 Hoover Dam is a major tourist attraction; nearly a million people tour the dam each year. The heavily travelled U.S. 93 ran along the dam's crest until October 2010, when the Hoover Dam Bypass opened. 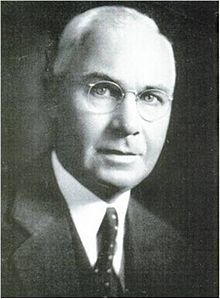 John Lucian Savage (December 25, 1879 – December 28, 1967) was an American civil engineer. Among the 60 major dams he supervised the designs for, he is best known for the Hoover Dam, Shasta Dam, Parker Dam and Grand Coulee Dam in the United States along with surveying for the future Three Gorges Dam in China.[2] He was a member of the National Academy of Sciences and the recipient of numerous awards including the John Fritz Medal.[1]