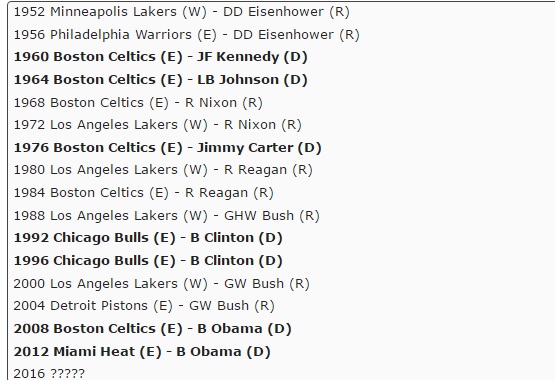 Of the past seven Democrats to be elected President of the United States, all won the general in years that the Eastern Conference came out on top in the NBA Finals.

If you’re a fan of Hillary or support Bernie, you probably should be rooting for LeBron James and Co. in the Finals. Of course, that’s all dependent on whether you actually believe the direction of this country is more important than the success of your favorite team.

More proof the NBA is rigged!