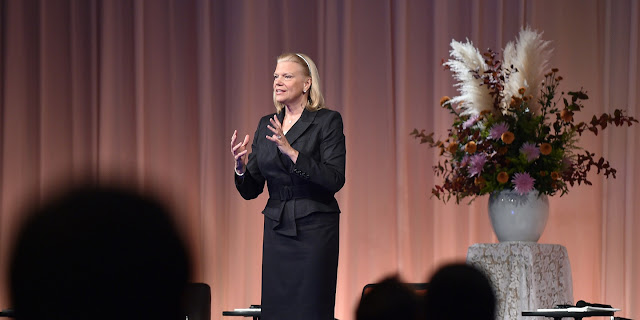 The election of Donald Trump will be a moment of reckoning for America’s tech firms, which hold an unprecedented amount of power in the face of a president who holds an unprecedented disregard for basically everything. We’ll see, gradually, if Silicon Valley bows to Trump, remains neutral, or tries to counter his genuinely destructive agenda.

Today, we’ve learned one thing: IBM is ready to make money from the Trump administration.

It’s safe to assume some firms with substantial existing government contracts (like Palantir) will continue business as usual. Amazon CEO Jeff Bezos, despite direct threats from Trump to destroy his company, went out of his way to publicly make nice with the president-elect just two days after the election.

In a letter obtained by CNBC, IBM CEO Ginni Rometty personally congratulated the president-elect and stated, “I know that you are committed to help America’s economy grow in ways that are good for all of its people.” She then laid out six separate ways in which IBM’s business could dovetail with Trump’s national agenda — including information services available to the most erratic, dangerous presidency in American history. Those services included a “cognitive computing system” for the Department of Veterans Affairs, artificial intelligence for infrastructure, and “data analytics, data center consolidation, and the use of cloud technologies” to cut government costs.