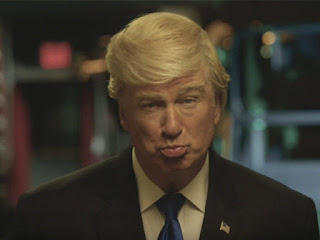 The latest episode of Saturday Night Live saw its ratings drop to a season low with the return of host Kristen Wiig and actor Alec Baldwin as Donald Trump.

Saturday’s installment of SNL drew 4.7 million overall household viewers and 2.2 million among the oft-coveted 18-49 demographic. Those numbers are down substantially from last week’s overall and 18-49 viewership of 6.2 million and 3.9 million, respectfully.

The show featured Baldwin as President-elect Trump, so ignorant of foreign policy that he had to Google the meaning of ISIS. The “Weekend Update” segment of the show was used to mock Breitbart News and its former chairman, Steve Bannon.