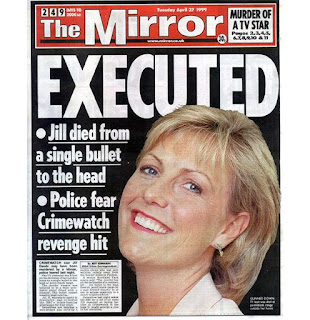 According to the retired BBC worker, the Crimewatch host was told that DJs, stars and corporation staff were involved in organised abuse.

The former staff member, who asked to remain anonymous, said that the names of those caught up in the allegations were “surprisingly big”.

“I don’t recall the names of all the stars now and don’t really want to implicate anyone but Jill said they were surprisingly big names.”

The TV host was shot dead with a single bullet to the head on the doorstep of her London home on April 26, 1999.

Part-time stuntman Barry George was jailed over the murder in 2001 but hit conviction was later overturned following the discovery of new evidence.

Her killer has never been found.