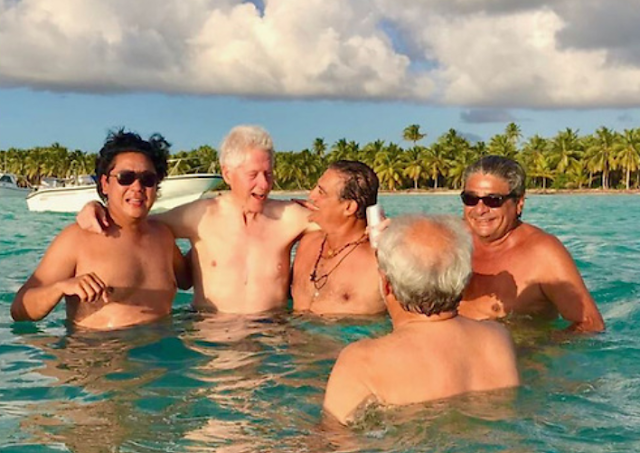 Special counsel Robert Mueller is getting the cooperation of a Lebanese-American businessman with ties to Arab royalty in his probe of foreign influence on the Trump presidential campaign, including the possibility of a back channel between the Kremlin and the Trump transition team.


Mr. Nader is an adviser to Crown Prince Mohammed bin Zayed Al-Nahyan of Abu Dhabi, the de facto ruler of the United Arab Emirates. According to The Times, Mr. Mueller is investigating whether Emirati money found its way to the Trump campaign, which would be illegal.

That sounds very official and all but perhaps Mueller might ask his new star witness in the Trump investigation what he was doing partying on an exclusive island resort with Bill Clinton.

Especially when The Clinton’s have been caught helping fund the bogus Trump dossier which helped launch Mueller’s probe.

And you haven’t even seen the all the pictures yet.