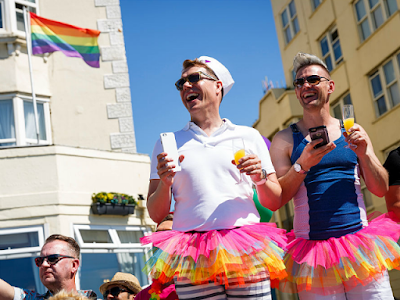 Brighton & Hove City Council will equip staff with badges declaring their “preferred pronouns” as part of a project seeking to educate the public that making assumptions about a person’s sex “can be hurtful and distressing”.

Council and voluntary sector staff in the city will be “encouraged” to wear the badges, which include messages such as “My pronouns are she/her/hers” and “My pronouns are they/their/theirs” when they are distributed in the week leading up to ‘Trans Day of Visibility’ on March 31.

The badges will also be made available at libraries, colleges, and council buildings as part of a month-long drive to “raise awareness of Trans and Non-Binary people and that everyone has their own gender identity”, according to a press release.

“Although most people even among the trans and nonbinary communities use ‘he’, ‘she’, or ‘they’, some who eschew traditional gender identities – who are, for example, agender, genderqueer, or gender-fluid – prefer to use other gender-neutral pronouns such as ‘xe’, ‘ze’, or ‘sie’,” explained Patrick Strudwick, the ‘LGBT Editor’ of BuzzFeed UK.

Serving one of the country’s most left-liberal cities, Brighton & Hove Council was ahead of the curve in promoting an LGBT agenda to children that is now ubiquitous across Britain, in 2016 asking thousands of four-year-olds to “choose” what gender they “identify” as.

Hailing the city’s infamous equal pay policies which set off long-running bin strikes as a success on Thursday, Ms Daniel announced that women are now paid six per cent more than men at the council.

Rather than apologise for this “gender pay gap”, councillors boasted that this showed “the way forward” for other local authorities.