It's Time to Drop the Jew Taboo #JQ 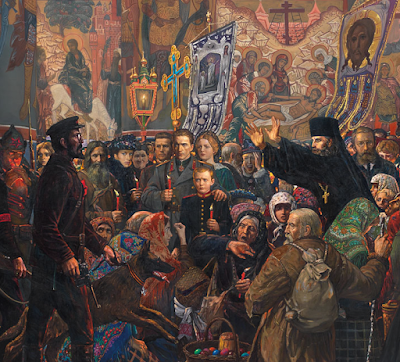 It's making serious discussion of Russian geopolitics and history next to impossible.

Most people know about, but few are willing to condemn, the strict taboo in the media, of criticizing Jews as a group, using that term. One cannot even criticize a small subsection of Jews, a miniscule percentage of the Jewish population, even when they richly deserve it.

Obviously, this is a ridiculous way to run a publication whose object is to get to the truth, so I am writing this to explain why, from now on, the pages of Russia Insider will be open to articles which fairly and honestly address the influence of Jewish elites, including pointing out when it is malevolent, which it often is, and try to understand it and explain it, with malice towards none.

I have become convinced that unless we break this taboo, nothing will improve in the human catastrophe unfolding in geopolitics. Millions have died over the past 30 years, and if we want it to stop that trend and avoid a cataclysm which seems to be approaching inexorably, we have to have the freedom to criticize those responsible. It is very clear to me, as it is to many others, that much of the guilt for this comes from Jewish pressure groups, particularly in the media.

Zionists? Really? I've never heard anyone describe themselves this way, or even other people describe them - 'Have you meet Max?, he's an enthusiastic Zionist!' I've never seen it mentioned as an interest in a social media profile (perhaps Facebook should include it as an Emoticon). Maybe Rachel Maddow IS a Zionist, what do I know, although as far as I understand, Zionism was a political movement that lost its urgency once the state of Israel was well on its merry way. Elites? Well, no, I would reckon many Jews are elites, but more Jews are not, and more elites are non-Jews, so no, that doesn't work. Well, you get the idea. These are attempts to slip past the ever-zealous censor, and they serve to maintain the confusion and deception.

3. Hostility to Putin's Russia is largely a Jewish phenomenon

Russia Insider's mission is to explain and describe Russia and her role in the world. As soon as you begin to drill into how other nations relate to Russia, and Russian history, it becomes obvious that the unreasonable hostility towards Putin's Russia, particularly coming from the US and the UK, is very much a Jewish phenomenon, and has been for centuries.

And yes, 'Jewish' is the only term that accurately describes it, and not one of the many euphemisms we frequently see used.

The most vitriolic and obsessive Russia-bashing journalists in the media are mostly Jewish. The publications which push these writers most energetically are ALL Jewish-owned, and as a publisher, I know very well, that is where the buck stops.

On the policy side, the neo-conservative movement, Russia's harshest foe, was conceived of, is led by, and consists mostly of, Jews. And their trouble-making extends far beyond Russia - they are responsible for America's disastrous debacle in the Middle East over the last 20 years - where their crimes have been stymied by precisely one country - Russia. The psychotically anti-Russian recent UN ambassadors, Nikki Haley and Samantha Power, were put there by the Israel lobby, and given an independent brief, in other words, they answer not to their presidents, rather to their Jewish sponsors.

In Congress the biggest Russia-Gate tub-thumpers are noticeably Jewish - Schiff, Schumer, Cardin, Blumenthal, Franken (although not as overwhelmingly as in the media). The Israel lobby routinely enforces legislation hostile to Russia. Bill Browder with his Magnitsky Sanctions - is Jewish.

But let's talk about the media - for this is where the real power lies. All other levers and branches of government pale in comparison when it comes to real political influence.

At the two leading newspapers of the land, the New York Times and The Washington Post, both very Jewish in ownership, editors, and staff, have been waging an all-out jihad against Putin's Russia, and are guilty of the most grotesque dishonesty, slander and journalistic malpractice - exhaustively catalogued by one of the most authoritative and admired veteran journalists in America, Robert Parry, winner of the Polk award, among other accolades. You can see an archive of his extraordinary work criticizing these two publications, particularly in relation to Russia, here. Trump and his supporters are up in arms about these two papers' serial mendacity about him both before and after his election - well they have been doing the same with Putin and Russia for a good 18 years now, and gone much further in their dishonesty, hard as that might be to believe.