Al-Aqsa Mosque (Arabic: ٱلْـمَـسْـجِـد الْاَقْـصَى‎, translit. Al-Masjid al-Aqṣā,"the Farthest Mosque") is the third holiest site in Islam and is located in the Old City of Jerusalem. Muslims believe that Muhammad was transported from the Sacred Mosque in Mecca to al-Aqsa during the Night Journey. Islamic tradition holds that Muhammad led prayers towards this site until the 17th month after his migration from Mecca to Medina, when Allāh (Arabic: الله‎, God) directed him to turn towards the Kaaba in Mecca. 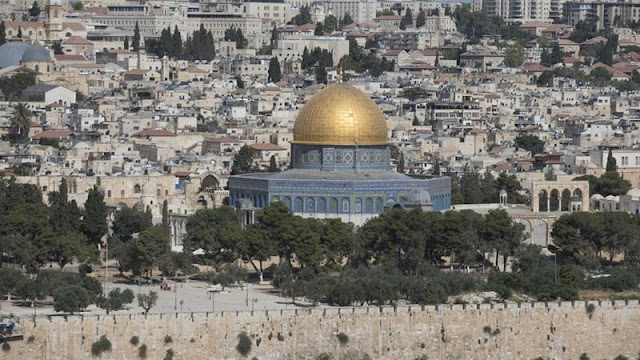 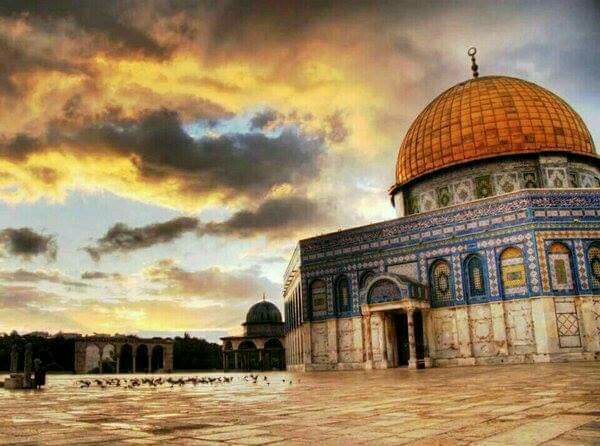 
It is 83 m (272 ft) long, 56 m (184 ft) wide. Unlike the Dome of the Rock, which reflects classical Byzantine architecture, the Al-Aqsa Mosque is characteristic of early Islamic architecture. 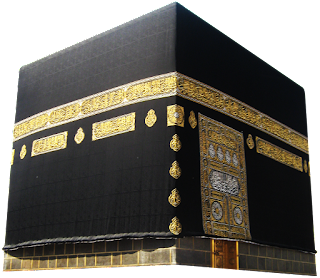 According to the traditional Muslim view, the Qiblah in the Islamic prophet Muhammad's time was originally the Noble Sanctuary in the Shaami city of Jerusalem, similar to Judaism. This Qiblah was used for over 13 years, from 610 CE until 623 CE. Seventeen months after Muhammad's 622 CE arrival in Medina – the date is given as 11 February 624 – the Qiblah became oriented towards the Kaaba in Mecca. 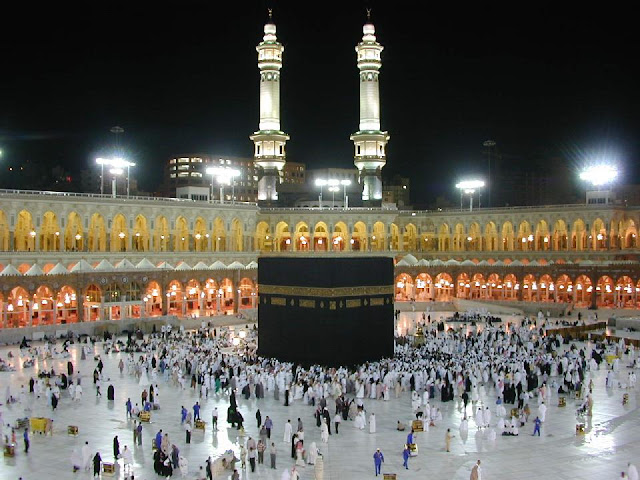 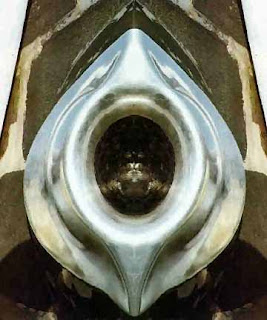 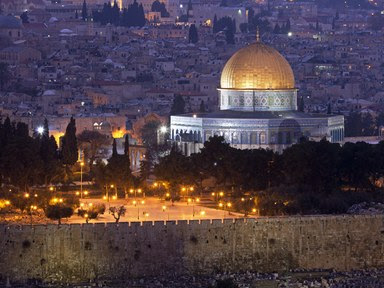 Muslim pilgrims circle the Kaaba as part of the Tawaf ritual of the Hajj.